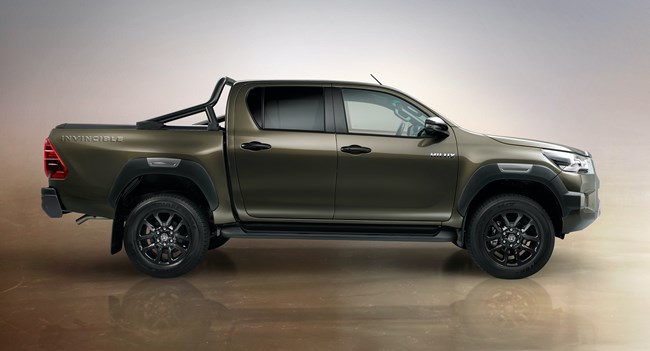 Toyota has confirmed UK sale details for the updated version of its Hilux pick-up.

Major changes are the availability of a new 2.8-litre, 204hp diesel engine, and exterior styling changes mainly to the front end of the truck, including a restyled grille and bumper.

From the next trim level, Icon, the revamped Hilux gets an updated 8in infotainment touchscreen, said to feature faster touch responses and improved software, with Apple Carplay and Android Auto connectivity.

Icon also gets the new differential, along with existing standard equipment such as 17in alloy wheels, side steps, rear privacy glass, a reversing camera, power-folding door mirrors and LED front fog lights.

So far Toyota has only confirmed prices for the Invincible trim level, which starts from £29,158, and Invincible X, priced from £32,533 (both excluding VAT).

Pre-sale reservations for these versions will open on 1 September, ahead of all versions going on sale in November, with prices for the Active and Icon trims being announced nearer that date.