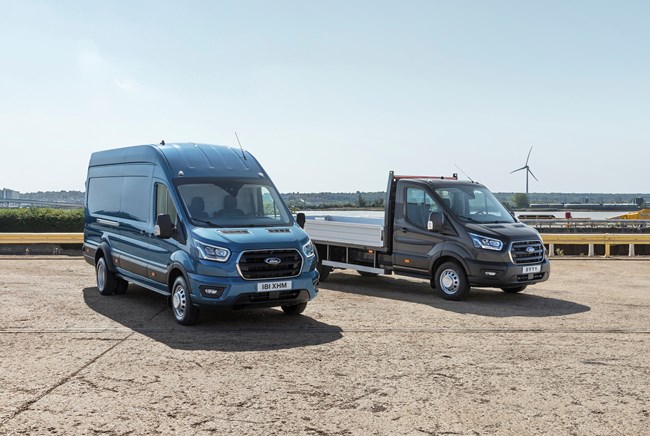 Ford has unveiled a new, heavier version of its Transit van.

The new 5.0t Transit will be available as a panel van or chassis cab, with a payload of up to 2,383kg for the former and 2,558kg for the latter with a factory-fitted flatbed.

The panel van version is the L4 high-roof Jumbo van, with a 15.1m3 load volume, and enough floor space for five Euro pallets.

The 5.0t Transit is rear-wheel drive, and comes with a 170hp, 2.0-litre diesel engine, with either a six-speed manual gearbox or a 10-speed automatic.

With the auto in a panel van, Ford quotes fuel economy of 24.3mpg and CO2 emissions of 305g/km on the WLTP cycle.

Ford says the 5.0t Transit will be available with many of the key onboard features from the 3.5t Transit, such as the Sync 3 infotainment system.

A FordPass Connect modem will be standard, allowing over the air software updates, and the chance to access data with the Ford Telematics system.

The 5.0t Transit will be available from late November. Prices are yet to be announced.