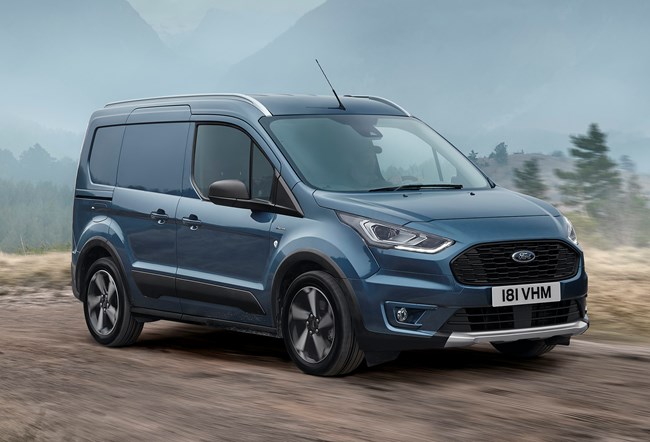 Ford has launched a new Active variant of its Transit Connect, featuring modifications designed to improve its off-road driving capability.

Off-road performance can be further improved by speccing the optional mechanical limited-slip differential, which automatically transfers engine torque to the wheel with most traction in low-grip conditions – bespoke traction control is also said to optimise this system.

Roof rails are also standard, and there’s a mesh grille and 17in alloy wheels.

Power comes from a 1.5-litre diesel engine, producing either 100hp or 120hp, and there’s a choice of six-speed manual or eight-speed automatic transmission, although the mechanical limited-slip differential is only available with the 120hp manual powertrain.

Ford says turning the Transit Connect into an Active model has had no impact on load volume, which remains at 2.9m3 or 3.6m3 depending on wheelbase, while payload is still up to 982kg.

Prices for the Transit Connect Active start at £21,675, excluding VAT.

Ford has also introduced an Active version of the Tourneo Connect passenger-carrying model, featuring the same modifications as the Transit Connect Active. This is priced from £21,285, also excluding VAT.