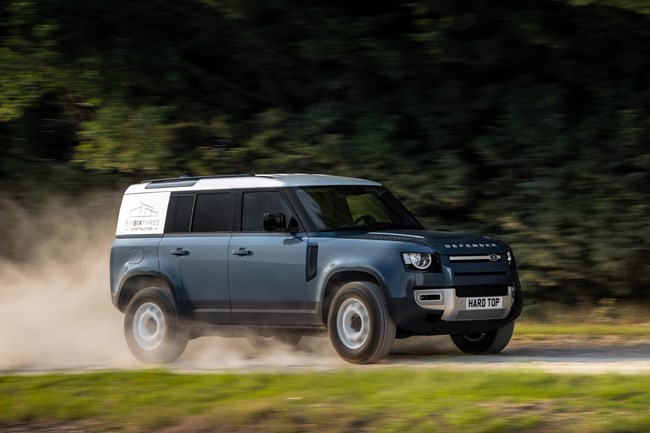 Land Rover has confirmed it will restore the Hard Top name to the commercial versions of its new Defender 4x4.

The Defender 90 and 110 Hard Top models will be launched later this year, with the manufacturer promising a combination of all-terrain capability, 21st-century connectivity, generous cargo space and premium comfort.

The Hard Top name dates back to 1950, when the introduction of demountable hard tops gave early Series Land Rovers added security and protection from the elements. Land Rover says the new Defender Hard Top continues this ethos, with its fixed metal roof and silhouette harking back to the original.

Nick Collins, Land Rover Vehicle line director, said: “New Defender 90 and 110 Hard Top will be the toughest, most capable and most connected commercial 4x4s we have ever produced.”

The 90 and 110 Hard Tops will both feature independent coil-sprung suspension, with advanced electronic air suspension also available on the 110. Both set-ups will provide ground clearance of 291mm, while the 110 Hard Top will have approach, breakover and departure angles of up to 38, 28 and 40 degrees respectively (in Off-Road height).

Land Rover has not revealed payload capacities but towing limits will go up to 3.5t.

The cabin has no second or third-row seats, but the optional front-row jump seat means it can accommodate up to three people.

Land Rover’s ClearSight Rear View mirror system preserves rearward visibility when the jump seat is occupied, or when the load space is full. It uses a live video feed from a rear-facing camera to give drivers an unobstructed view.

An intelligent Advanced Tow Assist system allows drivers to steer trailers via a rotary controller on the centre console and the Defender Hard Top has a maximum wading depth of 900mm.

Land Rover claims this will minimise time spent off the road for operators as SOTA updates can be completed without the need to visit a Land Rover retailer.

The Defender Hard Top models will feature Land Rover’s 3D Surround Camera system, designed to provide an all-round visualisation of the vehicle on the central touchscreen to help drivers manoeuvre safely in tight spaces or position the vehicle close to items ready for loading.