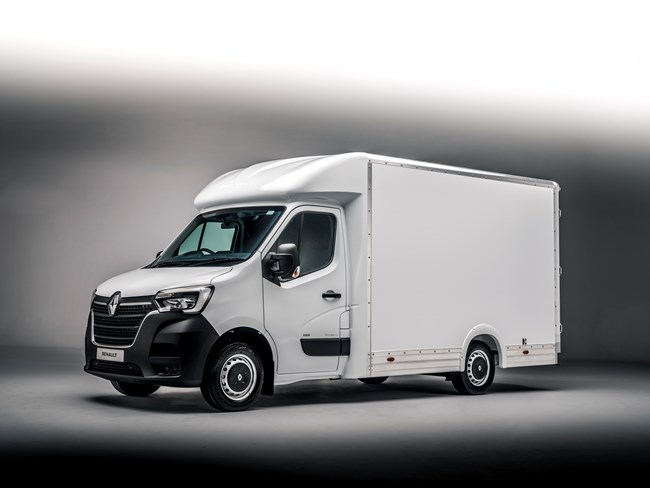 Renault has launched a new 3.5t version of its Master Z.E. electric van.

Previously offered only as a 3.1t model, the new 3.5t version brings the Master Z.E. in line with its diesel equivalent.

It is available as a panel van, with volumes between 9m3 and 13m3 and up to 1,490kg payload; as a platform cab, with payloads up to 1,740kg and conversions such as a Luton Low Loader (pictured) possible; and as a new chassis cab, with a maximum payload of 1,620kg and possible conversions including Tipper, Dropside and Luton Box Van.

The powertrain is the same as that found in the 3.1t Master Z.E., comprising a 77hp motor with 225nm of torque, and a 33kWh battery, meaning a driving range of up to 75 miles.

A full battery charge is possible in six hours with a 7kW wallbox.

Prices for the 3.5t Master Z.E. start at £52,000, excluding VAT and including the government’s plug-in van grant. Orders will open in August.