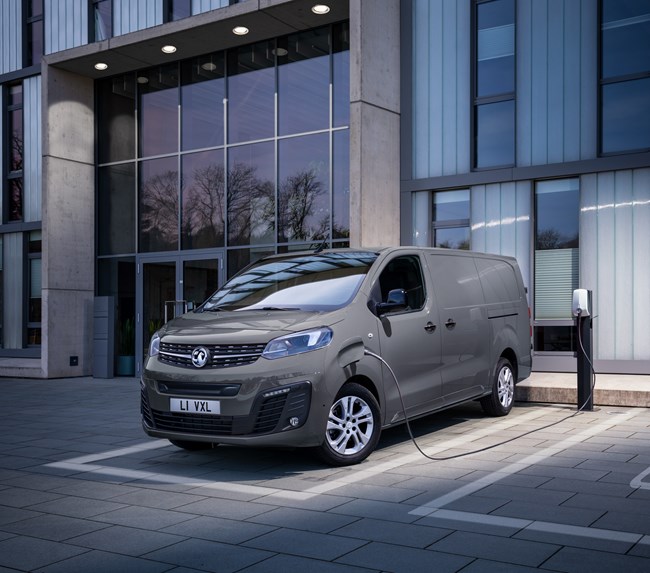 The Vauxhall Vivaro-e, Peugeot e-Expert and Citroen e-Dispatch have been named International Van of the Year 2021 beating stiff competition from two rival electric vans from Mercedes-Benz.

The first electric light commercial vehicle since the acquisition of Vauxhall/Opel by PSA Peugeot-Citroen, the medium-sized van won over the judges with its impressive 205-mile range. Along with a 6.6m3 carrying capacity and a maximum payload of up to 1,226kg, the real-world practicality of the e-Dispatch, e-Expert and Vivaro-e impressed the jury made up of leading LCV journalists from 24 countries.

In a year where new vehicle launches and production have been affected by COVID-19, competition for the award was still fierce with the new Mercedes-Benz eSprinter and Mercedes-Benz eVito both in contention. In addition, reigning IVOTY manufacturer Ford who won the award last year with the Ford Transit Custom Plug-In Hybrid (PHEV) were eligible for the award with the new Active and Trail variants of their van range.

“As the jury have been unable to travel to launch events during the lockdown period, they have had to rely on the virtual premieres presented by the various manufacturers,” explained Jarlath Sweeney, chairman, International Van of the Year Jury.

“For the adjudication process, some members were in a position to attend launch drive programmes in Central Europe where possible but in the main, jury members had first drive experiences in their home countries. For the first time, the announcement of the award is virtual, with a special event online,” added Sweeney.

The new electric-only vans from PSA Group, however, proved victorious in a difficult year, standing out from their competitors with by supporting up to 100kW rapid charging as standard and allowing customers to obtain an 80% charge in as little as 30 minutes.

Speaking about the award, International Van of the Year UK Jury member, George Barrow, said: “A new wave of electric vehicles have been reaching the market and the medium-sized vans from Citroen, Peugeot and Vauxhall really stand out against the competition. With batteries that enable you to complete a day’s work without the fear of range anxiety and quick charging systems that ensure drivers can get back on the road as quickly as possible, these vans ensure that electric vehicles work for both fleets, small businesses and owner drivers.”