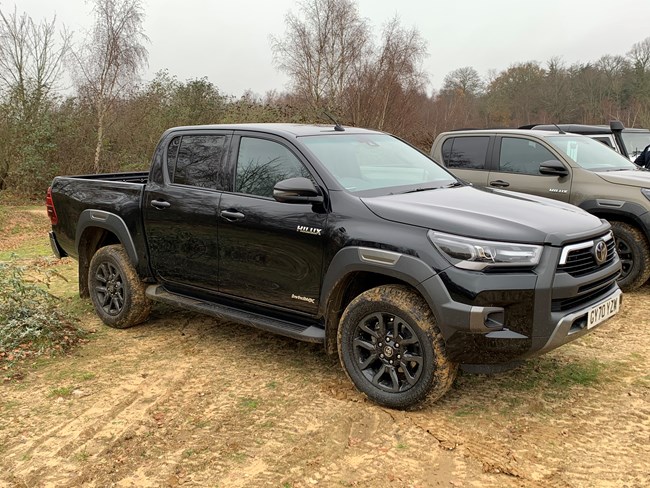 Toyota is targeting growth in the lifestyle sector of the pick-up market with the addition of a more powerful engine to its Hilux range as part of a facelift to the eighth generation of the model, which was introduced in 2015.

The new 2.8-litre 200hp engine will exclusively power the flagship Invincible X Hilux, with either six-speed manual or six-speed automatic transmissions, and will also be available on the Invincible version alongside the existing 2.4 150hp unit. The two lower grades, the entry-level Active, which is available in single- and extended-cab modes as well as double-cab, and the Icon will only be offered with the 2.4-litre engine.

Toyota says trucks with more powerful engines with outputs of at least 175hp dominate the UK pick-up market, accounting for 70% of total sales in 2019, and a spokesman admitted: “We need to get into the lifestyle market, we’ve underperformed in it.”

The brand expects the Invincible X to benefit from the withdrawal of the upmarket Volkswagen Amarok and Mercedes X-Class from the market but sees the Ford Ranger Wildtrak as the benchmark rival.

As well as delivering more power, the manufacturer says the new 2.8 drivetrain increases torque from 400 to 500Nm compared to the 2.4 and reduces the 0-62mph sprint from 12.8 to 10.1 seconds. It claims C02 emissions on the WLTP combined cycle rise only marginally, from a minimum 241g/km to 246g/km, while fuel consumption also remains similar, going from 28.8mpg to 28.5mpg.

Toyota claims the Hilux facelift has brought better ride comfort due to tuning adjustments to the leaf spring suspension, improved steering with the introduction of a variable flow control system and better acceleration on low-grip surfaces in two-wheel drive mode thanks to the addition of an auto limited slip differential.

New features include an 8in touchscreen with Apple CarPlay and Android Auto from the Icon grade upwards, front and rear parking sensors from Invincible upwards and an updated navigation system and a JBL Premium sound system for the Invincible X.