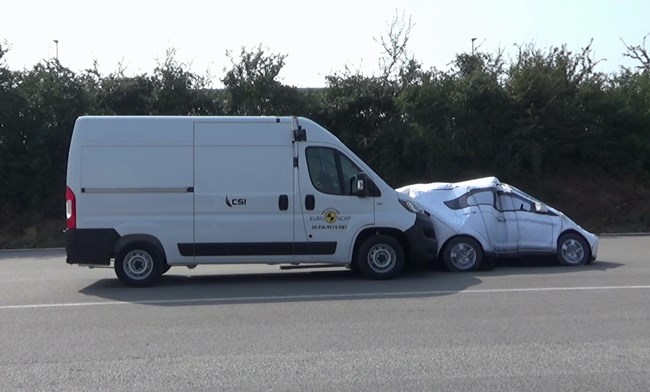 New ratings designed to test the level of safety equipment fitted to vans have been launched by Thatcham Research and Euro NCAP.

The ratings do not include crash impact tests, instead assessing the performance and availability of emergency braking, speed limiter, and lane support systems, as well as seat belt reminder technology.

Reacting to the results, the organisations criticised the lack of these advanced driver assistance systems (ADAS) included with new vans. For instance, only 12.8% of new vans came with autonomous emergency braking as standard in 2019, compared with 62% of new cars.

“It’s a serious issue that needs addressing urgently, particularly with van numbers increasing and the continued surge in demand for home deliveries during the pandemic and before Christmas.”

“There is a definite lack of parity between the levels of collision avoidance technology on vans compared to cars. Modern cars have lots as standard, but vans have barely any. Brands are making a clear decision not to fit this important technology as standard, and van operators are not even buying it as a cost option.”

In the first batch of 19 vans to be tested, only three – the Volkswagen Transporter, Ford Transit, and Mercedes-Benz Vito – achieved the top-level ‘Gold’ certification.

In contrast, five vans – the Renault Master, Nissan NV400, Renault Trafic, Vauxhall Movano, and Fiat Talento – performed so badly they were given a ‘Not Recommended’ rating.

New legislation will require all new vans to be fitted with some ADAS technology by 2024, but Thatcham and Euro NCAP want to see a change in manufacturers’ approaches before then.

Avery said: “We want to see more collision avoidance technology fitted as standard and readily available long before then.

“Decisive action will reduce van collisions, create parity between cars and vans, and help to protect the public from serious injury and death as more vehicles on our roads will have lifesaving technology.”

Data from 2018 showed that vans were involved in more fatal incidents per mile than any other type of vehicle on UK roads.