Volkswagen Amarok to Buzz off in August 2020 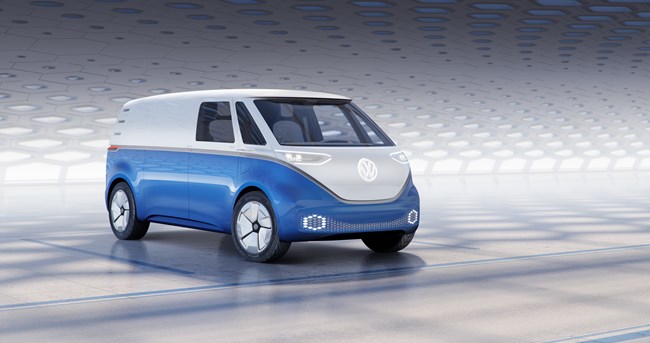 VW's ID Buzz Cargo will be built in Hanover

Volkswagen Commercial Vehicles is to stop selling its Amarok pick-up truck in the UK and across the rest of Europe on 31 August.

Production of the vehicle in Hanover will actually come to a halt in May as the manufacturer starts to prepare the plant to build the ID Buzz electric range, including the ID Buzz Cargo panel van, which is set to come to market in 2022.

Another major factor in VW’s decision to withdraw the Amarok is that under the brand’s alliance with Ford, which was announced last year, the blue oval is to take control of producing pick-ups, meaning that when the partnership’s first one breaks cover in 2022 it will be based on the Ford Ranger.

The current Ranger dominates the pick-up sector in the UK, last year it registered 16,459 units compared to the second-placed Mitsubishi L200 on 10,125, according to Society of Motor Manufacturer and Traders’ figures. VW notched up under a quarter of the Ranger’s volume with its Amarok. The picture is similar in the rest of Europe where Ford claims its truck commands a third of the sector’s sales.

It may not be coincidental that the Amarok will bow out just before new emissions regulations come into force in September, obliging LCV manufacturers to keep the average CO2 emissions of their vehicle ranges below 150g/km – the Amarok’s powerful V6 engine pushes its CO2 above 200g/km.

For markets outside of Europe, VW will continue to build the Amarok at its plant in Pacheco, Argentina.