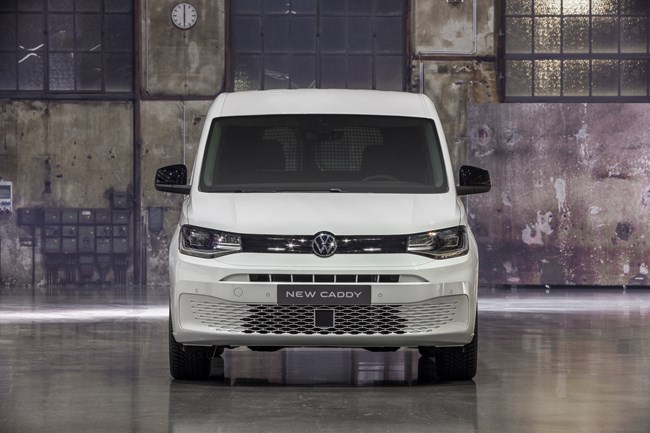 The Caddy 5 arrives in showrooms at the start of 2021

Volkswagen Commercial Vehicles will not be producing an all-electric derivative of the fifth generation of its Caddy, which is due to arrive in UK showrooms at the start of next year.

Speaking at the unveiling of the light van in Dusseldorf, Germany a spokeswoman said that because the new ID Buzz Cargo electric van, which is set to go into production in Hanover in 2021, would come to market hot on the heels of the Caddy 5 the brand had decided not to launch a plug-in Caddy as well.

The ID Buzz Cargo is expected to be of similar size to the long-wheelbase Caddy Maxi.

VW will offer a compressed natural gas (CNG)-powered Caddy 5 in some markets but does not plan to bring it to the UK.

The manufacturer previously pulled back from its intention to launch an electric Caddy Maxi based on the fourth generation model in the UK last year because it did not want to introduce a van based on the outgoing product so close to the arrival of the Caddy 5.

This means the first battery-powered Volkswagen van to go on sale in the UK is set to be the ABT-converted e-Transporter towards the end of this year, followed by the e-Crafter in 2021.

The Caddy 5 will be powered by three 2.0-litre diesel engines with outputs of 75, 100 and 120hp and a 1.5 petrol unit producing 115hp, this is despite the fact VW no longer offers a petrol engine with its revised Transporter, the T6.1, due to lack of customer demand.

The manufacturer claims the diesel engines are up to 12% more economical than current versions and also produce reduced NOx emissions because of the introduction of a twin-dosing AdBlue system via two SCR catalytic converters. It says the standard wheelbase Caddy Cargo 5 will have a load volume of 3.1m3, rising to 3.7m3 for the Maxi version but has not yet confirmed payloads.