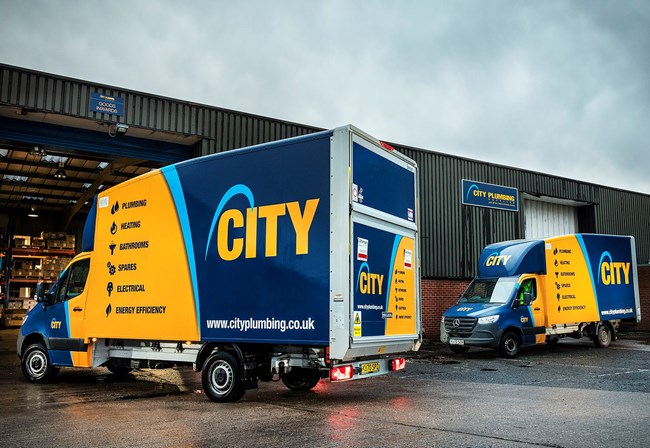 The conversions are based on 3.5t Mercedes-Benz Sprinter chassis, supplied by Intercounty Truck & Van – the same model is said to account for an overwhelming majority of City Plumbing’s fleet of 500-plus panel vans and Lutons.

Having previously been a Bevan customer, before switching to another company, City Plumbing is said to have returned to Bevan due to the durability of its products, along with its five-year warranty and competitive pricing.

Fleet operations interface manager Craig Kenyon said: “We depreciate our vehicles over seven years, so we need a body that can withstand rigorous use over that entire lifespan.

“We still have Lutons on the fleet that left the Bevan Group factory 10 years ago and look great to this day.

“Bevan’s five year-warranty represents a commitment that we value highly. It's reassuring to know that the manufacturer is prepared to stand by its products and processes to such an extent.”

Bevan is also providing aftersales maintenance for its bodies, as well as for ancillary equipment such as tail-lifts, with the new Lutons equipped with 500kg Dhollandia column lifts with integral safety rails.

Bevan’s bodies feature low floors, and 2.4m rear apertures which are needed for loading and unloading pre-plumbed hot water cylinders, which cannot be laid down or tilted during transportation.