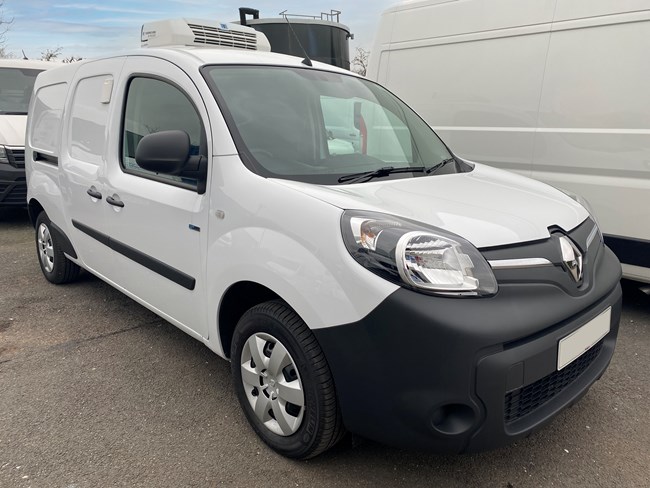 A new temperature-controlled conversion for the Renault Z.E. Maxi electric van has been launched by CoolKit.

The conversion powers a Thermo King B100-20 electrically-powered refrigeration unit from the vehicle’s own battery, which CoolKit says avoids the need for complex recharging with auxiliary batteries.

It says that when stationary, the unit can be plugged into mains electricity to preserve the temperature on board, while on the road the van’s battery can take over.

CoolKit CEO Rupert Gatty said: “While the core of our business remains traditional fossil fuel-based van conversions, we cannot ignore the fact that electric vehicles are the future.

“We have an increasingly eco-aware population, the government has pledged to ban the sale of new petrol and diesel cars by 2030, and many regional authorities are looking to follow London’s lead and accelerate plans to introduce low emission zones.

“We want to ensure that we are ahead of the curve in devising innovative and eco-friendly solutions for our customers. And we have certainly achieved this with the Kangoo Z.E.”