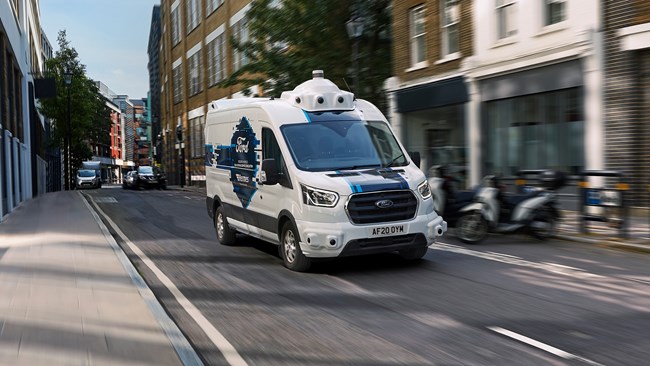 Ford has partnered with delivery company Hermes to investigate how a delivery van that appears to be driverless works in the real world.

A customised Ford Transit has been fitted with sensors that make it look like a self-driving vehicle, and a customised front seat that enables a driver to drive it while being hidden from view.

This means that to other road users, the van appears to be autonomous.

Where a normal delivery driver would also be tasking with loading and unloading goods for doorstep delivery, the trial will also simulate autonomous van operation by allowing pedestrian couriers with smartphone apps to hail the vehicle and remotely unlock the load door after it is safely parked at the roadside.

Once inside, voice prompts and digital screens will direct the courier to their locker, containing parcels to be delivered.

The two-week research project will build on Ford’s previous last mile delivery trials, and allow Hermes to begin designing how its teams could work alongside driverless vehicles.

“Clearly, there is no better way to identify how they may need to adapt than to experience those processes in real life.”