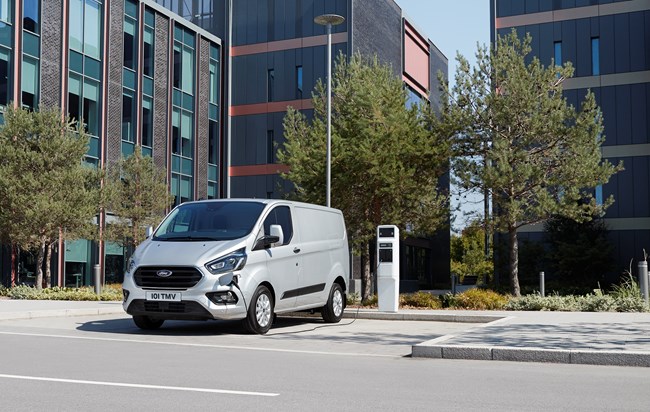 Ford has announced that its full commercial vehicle range in Europe will be available as either a fully electric or plug-in hybrid model by 2024.

The manufacturer predicts that two-thirds of its CV sales will be accounted for by such vehicles by 2030.

Ford says its European division returned to profit in the fourth quarter of 2020, with its CV business a major factor in this.

It highlights an extensive network of converter partners and a previously announced partnership with Volkswagen as important parts of its strategy, and says further growth will be built around connected services such as its newly launched Ford Fleet Management service, created with ALD Automotive.

Ford of Europe president Stuart Rowley said: “We successfully restructured Ford of Europe and returned to profitability in the fourth quarter of 2020. Now we are charging into an all-electric future in Europe with expressive new vehicles and a world-class connected customer experience.

“We expect to continue our strong momentum this year in Europe and remain on track to deliver our goal of a 6% EBIT margin as part of Ford’s plan to turnaround our global automotive operations.”

Ford says additional information about its electrification plans will be revealed in the coming months.