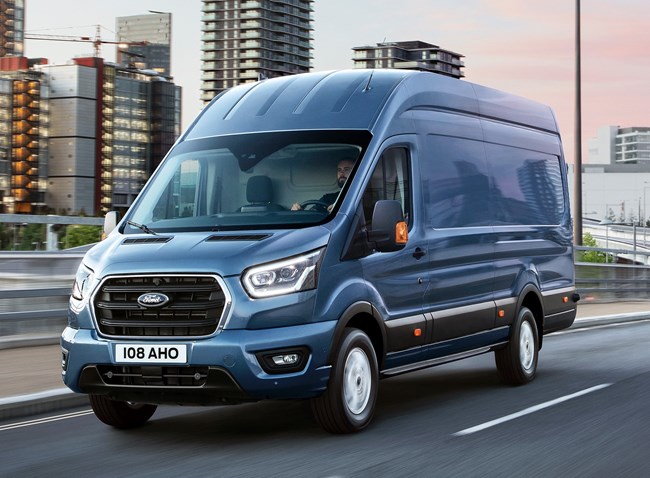 Ford has announced updates for its Transit large van.

Among the changes, to take effect on models produced from spring next year, are the introduction of pre-collision assist with pedestrian detection, autonomous emergency braking, and lane-keeping systems as standard on Trend, Limited, and Trail trim levels.

Also being made available with the Transit range are Ford’s Sync 4 infotainment system with a 12in touchscreen, reverse brake assist, and a 360-degree camera.

Sync 4 will be standard with range-topping Limited Transits, with features including wireless Apple Carplay and Android Auto connectivity, and the ability to connect two mobile devices simultaneously.

Also newly-standard with Limited spec will be a high-mounted rear-view camera with LED downlighter, and a keyless starter button.

New standard equipment with Trend-spec Transits will include a heated windscreen, and automatic lights and wipers.

The updated Transit range will be available to order from Q4 this year.