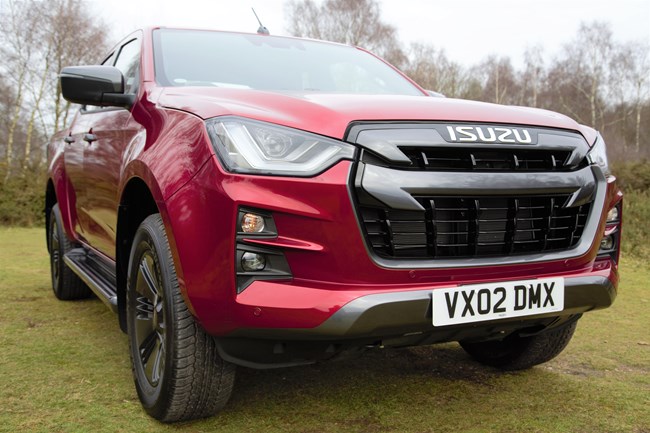 Isuzu believes it can achieve 10,000 annual sales of its D-Max pick-up in the UK before its 2025 target by capitalising on the withdrawal of several of its competitors from the market.

The manufacturer set the landmark goal in 2019 but has since seen Fiat Professional, Mercedes, Mitsubishi, Nissan and Volkswagen stop selling their respective Fullback, X-Class, L200, Navara and Amarok models in the UK.

Isuzu is gearing up for growth by expanding its retail network and has taken on 11 more outlets since the start of the year, eight of which were former Mitsubishi dealerships, according to Isuzu UK managing director William Brown. The brand now has a total of 110 sites nationwide.

Isuzu launched the D-Max in 2012 and undertook a comprehensive facelift in 2017 when it introduced the 1.9-litre, 164hp diesel engine that continues to power the new truck.

With the model on run out Isuzu UK sold 3,154 examples of the first-generation D-Max in 2020, according to the Society of Motor Manufacturers and Traders, and expects to hit 5,000 sales this year with the new D-Max having arrived in showrooms in March.

Brown predicts growth will come in the lifestyle sector through picking up customers from Mitsubishi and Nissan.

Isuzu’s heartland has traditionally been in the workhorse sector with the D-Max as well as its predecessors the Rodeo and TF, but Brown says the second-generation D-Max will drive sales upmarket and forecasts the flagship V-Cross version will become the top-seller, accounting for 30% of volume.

Prices for the new D-Max, which has attained a maximum five star Euro NCAP safety rating, start from £21,009 on the road excluding VAT for the Utility 4x2 single-cab and rise to £32,759 for the V-Cross double-cab auto.