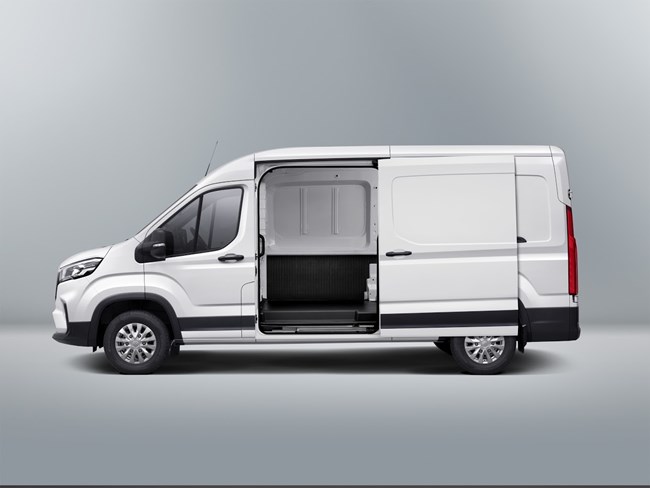 Maxus has opened orders for its new eDeliver 9 electric van, with prices starting from £55,000, excluding VAT and including the UK Government’s plug-in van grant.

Maxus says an electric driving range of up to 219 miles on a single charge is possible.

Two vehicle lengths are available – a medium wheelbase with a cargo volume of 9.7m3, and a long wheelbase version offering 11m3. Payloads are up to 1,700kg.

Available variants include crew cab, chassis and minibus models, and Maxus says a network of specialist converters can create bespoke vans to cater for requirements such as mobility and refrigeration.