New Vauxhall Movano and Movano-e to arrive this summer 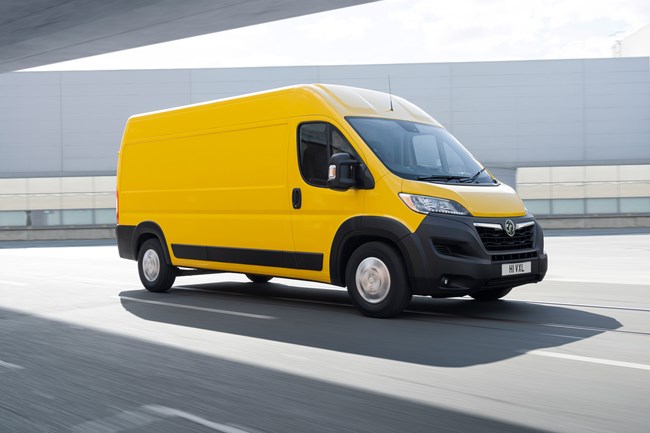 Vauxhall has unveiled the new, third-generation version of its Movano large van, including the new Movano-e electric variant.

Featuring a 122hp electric motor, the Movano-e will come with either a 37kWh or 70kWh battery, offering respective ranges of 72 miles and 139 miles on the WLTP test cycle.

With the battery stored under the floor between the front and rear axle, Vauxhall says there is no compromise in load volume compared with diesel Movanos.

The latter models will feature a 2.2-litre diesel engine producing between 120hp and 165hp, paired with a six-speed manual gearbox and front wheel drive.

The new Movano will come with a choice of four wheelbase lengths and three heights, offering load volumes between 8m3 and 17m3. The van will offer a gap between the wheel arches of 1,422mm, and a 1,870mm distance between the side panels.

Standard panel vans will offer a single row of three seats, while crew cab versions will get a second row accommodating up to four more passengers. Chassis cab, chassis crew cab, and platform cab bodystyles will also be available.

Both the Movano and Movano-e will come with VauxhallConnect and the MyVauxhall app, along with live navigation and traffic information, while available safety systems will include forward collision alert, blind spot alert, lane departure warning, and hill descent control.

The new vans are due to go on sale this summer. Prices are yet to be announced.