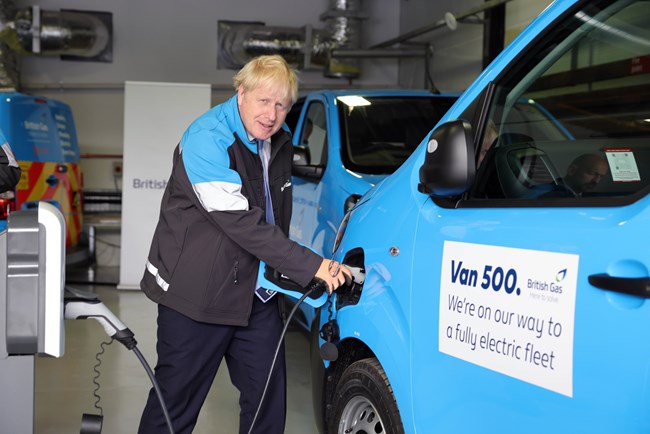 The 500th electric van to join British Gas’s fleet has been unveiled by Prime Minister Boris Johnson and Chancellor of the Exchequer Rishi Sunak.

The Vauxhall Vivaro-e is one of 3,000 ordered by British Gas over the last two years, with all of them due to be on the road by the end of 2022, as part of parent company Centrica’s commitment to make all of its vehicles electric by 2025.

Further British Gas EV initiatives, designed to encourage uptake among staff and customers, include a drive this week by two of its vans from John O’Groats by Lands End.

British Gas has also announced it will hire 3,500 ‘green skills’ apprentices over the next decade, and newly-recruited apprentices and British Gas engineers will promote the scheme in key regions along the route.