The T6.1 Kombi demonstrated impressive all-round ability during its six months on the What Van? fleet, reports James Dallas. 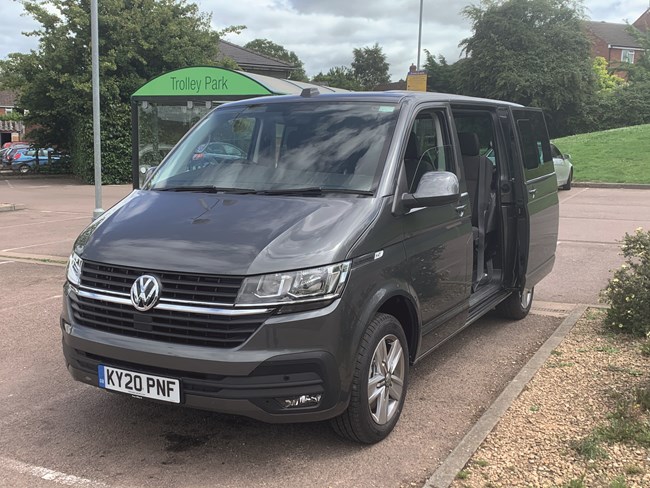 Volkswagen’s Transporter Kombi has now departed the What Van? fleet, but during its six-month stint on our books I was sufficiently impressed with its overall abilities to conclude that the T6.1, although a fairly mild facelift of the sixth generation Transporter, has enough going for it to uphold the reputation of its legendary nameplate.

One of the most significant additions to the T6.1 is the electro-mechanical steering the medium van has inherited from its big brother, the Crafter. This enables a host of driver-assistance features (some optional depending on trim level), such as lane-keeping assist, park assist, crosswind assist, trailer assist, traffic sign recognition and an enhanced adaptive cruise control system that when combined with DSG transmission can bring the van to a standstill.

It is worth noting that the Transporter was one of the few models to perform with distinction in the new series of van safety tests conducted by Thatcham Research in partnership with Euro NCAP.

Also new with the T6.1, which got the technology at the same time as the Passat and Golf passenger cars, for which Volkswagen should be commended, is an integrated SIM card (eSIM), which opens up a range of online functions via the We Connect connectivity package, including the eCall emergency call system, breakdown call, service scheduling and parking position reminder. The last of these functions was the only one I needed, thankfully, but it came in handy.

With the poky 2.0-litre 150hp TDI diesel engine in my Kombi wedded to the seven-speed DSG auto transmission, the new steering system improved handling by delivering more feedback and precision, making the van more dynamic to drive than its predecessors on the open road, while also feeling lighter and easier to manage in urban situations.

The tried and trusted DSG system still impresses for smoothness and response but is now on a par with others in the sector, such as the six-speed automatic transmission available on Ford’s Transit Custom or the EAT6 in PSA Group’s medium vans for example, rather than standing out as being ahead of the field.

The excellent rear-view camera, a £235 (excluding VAT) option on our van, made parking a stress-free undertaking in congested city streets, as did all-round sensors, which also helped when negotiating traffic-calming devices such as road-narrowing gates and tight chicanes. With no bulkhead behind the rear seat backs I was also able to use the rear-view mirror, handy because the wing mirrors could stand to be a little larger to provide a more comprehensive view.

Adaptive cruise control is a welcome standard addition on the Highline model and comes into its own by facilitating a far more relaxing and safer motorway driving experience.

When it comes to looks, the exterior, traditionally conservatively styled, is now more imposing with a bigger grille to help with the increased airflow needed to meet the Euro-6d-Temp rules. Also new are crossbars spreading out across the front to merge into the re-designed headlight clusters.

Transporter cabins have always been tidy and functional rather than flash but Volkswagen has added a dash of style inside the T6.1. Central to this is an optional 8in touchscreen incorporating Discover Media satnav, the aforementioned rear-view camera, radio and Bluetooth.

All the controls, including buttons dials and touchscreen, are well laid out and within easy reach of the driver’s position.

The beauty of a crew van is its ability to carry both goods and people and my Kombi excelled on both counts. The 4.3m3 load bay is complemented by a payload of well over 1.0t and all occupants, both front and rear, travel in comfort with plenty of leg and elbow room. The only drawback is that those in the back only get a nearside door through which to get in and out.

Last but not least, the Transporter’s build quality remains best in class – everything is solidly put together and I detected no unwelcome squeaks or creaks during my time with the Kombi.

For a SWB crew van the T6.1 Kombi offers a generous payload and a decent amount of space

It’s not flash, but it is well laid out, spacious, comfortable and more stylish than before

Equally impressive in the city or out on the open road

The Transporter sets the benchmark in the medium van sector