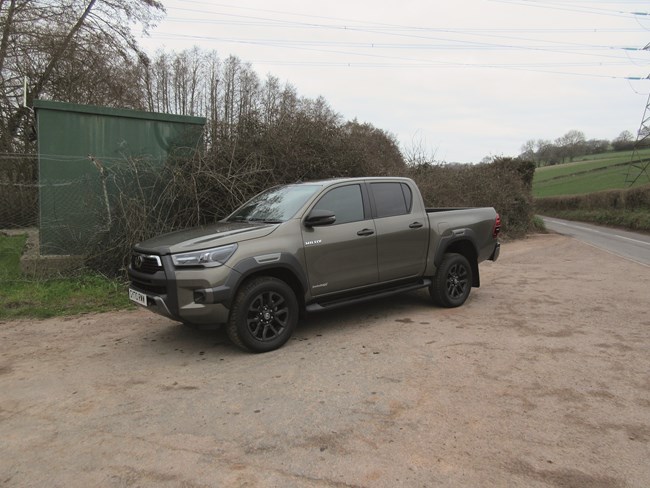 Of late the purpose-built 4x4 pick-up market has become best known for the number of manufacturers that have dropped out of it.

Volkswagen and Mercedes-Benz have thrown in the towel, so has Fiat Professional, and Nissan has decided to give up. Most surprisingly, Mitsubishi’s extraordinarily successful L200 has all but vanished thanks to the brand’s withdrawal from the UK market.

Parts and service support for Mitsubishi products is to be handled by Subaru and Isuzu pick-up importer IM Group. Isuzu is remaining in the sector, with a redesigned D-Max.

Ford is staying the course with the Ranger, and SsangYong is determined to exploit any opportunities that might be available with the Musso and the long-wheelbase Musso Rhino.

Toyota is staying the course too, with the legendary (no apologies for using the word in this context) Hilux, which has just undergone a major revamp.

Manufacturers have withdrawn from the 4x4 pick-up arena for a variety of reasons. For example, Mercedes-Benz found that its X-Class, which employed a Nissan Navara platform, sold poorly – probably because it was eye-wateringly-expensive.

A key reason for many of them, however, appears to be the impact of regulations that oblige them to keep average CO2 emissions from their range of vehicles at below 150g/km. Big, heavy, 4x4 pick-ups often generate far more than that.

Sold worldwide, the Hilux is of course a core product for Toyota.

The big change so far as its latest iteration is concerned is the arrival of a 204hp 2.8-litre diesel in response to suggestions that its predecessor was underpowered. It joins the 150hp 2.4-litre diesel, which remains available.

Single-cab, extended extra-cab and four-door double-cab models are all in the price list. The specification walk starts at Active then trots steadily through Icon and Invincible up to Invincible X.

Customers can choose either a six-speed manual gearbox or an upgraded six-speed automatic transmission. Payload capabilities range from 1,010kg to 1,030kg and all Hilux models can haul a braked trailer grossing at up to 3.5t. Amid all of this we should not forget the AT35 Double Cab – a non-mainstream stand-out variant with a price-tag to match.

We opted to try a four-door double-cab Invincible X 2.8-litre with a six-speed manual gearbox. So, how did we get on with it?