IVOTY ANALYSIS: A back seat (removal) driver for change

Light commercial vehicle SUV crossovers are common on the Continent but, asks George Barrow, could a change in the law see their numbers increase in the UK? 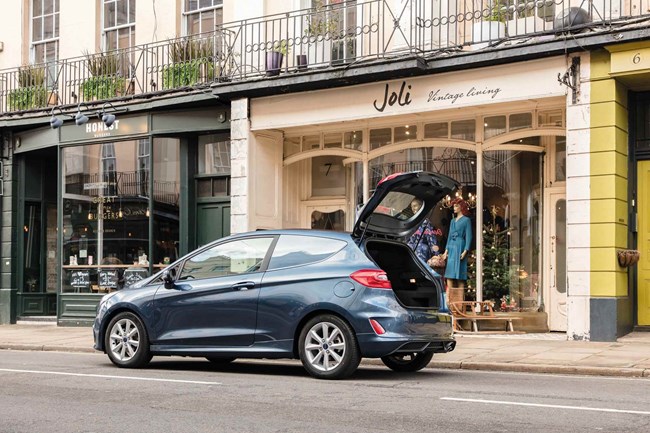 New light commercial registrations totalled 2.1 million units in Europe last year – an increase of 2.8% compared with 2018 – but it was the introduction of Worldwide Harmonised Light Vehicle Test Procedure (WLTP) testing for vans in September that caused the biggest upset in the market.

Numbers surged ahead of the deadline as people pulled forward registrations, resulting in a slowdown from September to November, but the impact of this new testing regime, and the wider fallout of the Corporate Average Fuel Economy (CAFE) standards and the European Parliament’s introduction of Regulation (EU) 2019/631 from 1 January 2020 setting CO2 emission performance standards for new passenger cars and for new light commercial vehicles, means that models producing high CO2 are in jeopardy of being removed from sale.

In order to understand what might happen to the van market it’s important to look at the car sector and the history of this drive for lower emissions targets.

The process started in 1998 when a voluntary agreement was reached between the European Commission and the European Automobile Manufacturers’ Association (ACEA) to reduce average CO2 emissions from new cars. The level was set at an average of 140g/km of CO2 by 2008, with Japanese and Korean manufacturers agreeing to reach the same limit by 2009.

While progress was made over the next decade in reaching the target, during a review in 2007 the European Commission felt the newer objective of 120g/km of CO2 by 2012 was going to be missed, resulting in hard deadlines and punitive measures entering discussions.

But it was new measures introduced in April last year by the European Parliament that will sculpt the product ranges of manufacturers in the years to come, with CO2 emission performance requirements for new passenger cars set at 95g/km of CO2 by 2021.

For new light commercial vehicles, Regulation No 510/2011 set the average CO2 emissions target at 175g/km by 2017 with a target of 147g/km by 2020. Rules are being phased in so that the top 5% of most-polluting vehicles are exempt from the calculations this year, but from 2021 all sales will contribute to the total.

The surge in demand for SUVs of all sizes has left carmakers struggling to balance their emissions averages, and while some compensation is given to those that manufacturer heavier cars (like SUVs) the targets will likely still end up with some manufacturers receiving penalties – particularly those that sell a large proportion of small cars whose engines do not have low CO2 emissions.

Fiat-Chrysler is one of the manufacturers who experts predict will not meet the lower targets, while others including Peugeot-Citroen as well as Ford with its new small SUV strategy might come close to missing the mark.

Rapid plans by many manufacturers to bring to market hybrid and zero-emission vehicles emitting less than 50g/km – which provide their own “super credits” and in 2020 count as two vehicles (and as 1.67 vehicles in 2021) – will likely not yield significant reductions in averages in time. Instead, there’s the possibility of manufacturers creating “pools” to jointly meet emissions targets – making a zero-emission manufacturer like Tesla potentially an invaluable partner for a manufacturer exceeding the limits.