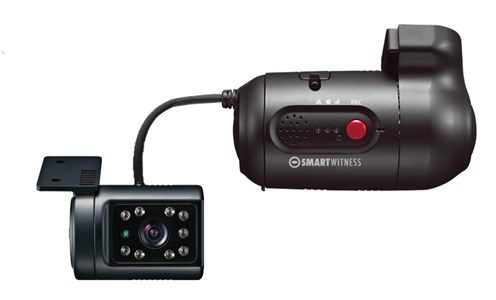 Video telematics firm Smart Witness planned to put the focus on security with its new CP2-LTE incident camera, which features tracking data developed to give evidence of events leading up to and during a road traffic incident. Smart Witness claims the device can provide notification and videos of incidents in under a minute. In addition it features a panic alarm that can be triggered 30m from the van. Being Bluetooth-enabled, Smart Witness says the driver can trigger the alarm by phone and connect it to tracking devices in order to alert the head office.

The company also claims the system can run when the engine is off because it is powered by the battery or an external source, so is triggered when someone attempts to break into the van.

The company formerly known as Tevo is best known for its van racking but claims this now accounts for just 20% of its business.

At the NEC the firm planned to demonstrate the latest developments to its Modul-Connect 2.0 on-board weighing system. The wiring-free system delivers a weight saving of up to 15kg compared to traditional on-board axle weighing equipment, according to Modul-Systems, and employs telematics to alert fleet managers of over-loading.

It utilises Bluetooth technology for switching controls. Ancillary equipment can be switched via remote wireless control panels, a mobile phone, or incorporated into the vehicle’s touchscreen control panel. Functions such as internal and external lighting, and hand washes, can be controlled via Modul-Connect 2.0.

Italian manufacturer Iveco was set to exhibit a couple of examples of the new Daily van that it launched last year. Visitors were to see a 3.5t panel van powered by compressed natural gas (CNG), and bridging the gap to its HGVs, a 7.0t Daily van.

Another manufacturer known for its trucks, MAN, planned to showcase its VW Crafter-based TGE large van line-up, including the electric eTGE.

Mitsubishi was to give a first UK show airing to its L200 Series 6 pick-up truck (pictured) and was also to display the Shogun Sport Commercial and Outlander PHEV Commercial.

Nissan planned to show off the latest updates to its top-of-the-range Navara N-Guard pick-up, which include new upholstery, paint options and a spray-on bed liner, and there could also have been a chance to peruse its new Navara AT32, which it builds in collaboration with Icelandic off-road specialist Arctic Trucks. Mercedes-Benz did not take a stand at the show but was to be represented by main dealer Midlands Van and Truck, which was set to exhibit the new e-Vito van.

Toyota planned to spread the word about rebranding its LCV operation to Toyota Professional, which coincides with the launch of its Proace City light van. Also to be on display was a battery-electric derivative of the Proace medium van. 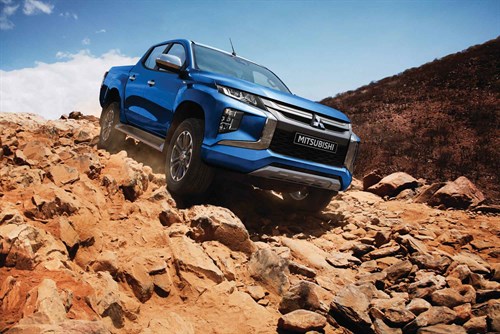