REMARKETING: Life after Brexit – Calmer waters in the used market

After all the uncertainty of Brexit, Tim Cattlin spoke to industry experts prior to the unexpected appearance of Covid-19 to see if there is an air of optimism in the market, or if caution still remains... 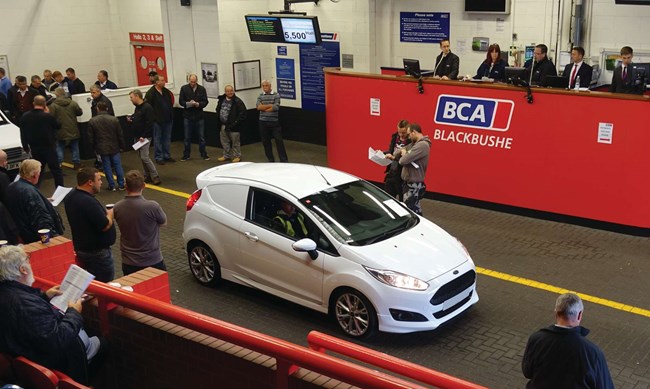 Business confidence rallied early this year before the coronavirus struck

Although we’ve some way to go with post-Brexit negotiations, there might, before the coronvirus pandemic struck, have been a resurgence of confidence among fleets to replace their vehicles and for these used vans to be snapped up by buyers who may well have been exercising caution over the past year or two.

While demand for both new and used vans remained mostly buoyant during those uncertain times, was there, before the advent of Covid-19, a pent-up demand that may have been released?

Alex Wright of Shoreham Vehicle Auctions thinks so: “We believe some fleets have been using Brexit as a reason to hang onto vehicles until they fully know how leaving the EU would impact their business. Those companies will defleet their older used vans … [and] that will help stimulate new van sales and will also provide a welcome supply of used vans to the market.”

This positivity is echoed, albeit with a note of caution, by James Davis, customer insight and strategy director (commercial vehicles), at Cox Automotive, the parent company of Manheim Auctions, who adds: “Business confidence and consumer confidence have both rallied since the general election. I think that certain sectors will feel more pain with the divorce settlement e.g. vehicle manufacturers. The view is that there is a lot to do in terms of negotiations and the government seems adamant that we will exit on WTO terms if nothing is in place by the end of the year. Tariffs will see significant charges on vehicles and parts; however, the government could pull levers to stimulate the economy, such as reducing VAT to counter the tariffs.”

Andy Brown, managing director of CD Auction Group, says: “We have seen a strong start to 2020 with our commercial sales. The result of the general election has given everybody a good steer on the future direction, and more confidence has developed into the market.” He adds: “The London ULEZ zone has had a real impact on demand in the south, and we expect similar reactions geographically as other cities decide to introduce their policies in this area. [But] if we head off out of the EU without a deal at the end of the year things could stall until the ramifications of that settle down.”

To get the dealer group’s perspective, we asked Gareth Kaye, group franchise manager for Motus Group (UK) Ltd (formerly Imperial Commercials), how this changing landscape was manifesting itself at the sharp end of the industry: “We have already seen increased confidence in conversations with our customers and this is manifesting itself in orders being placed that were being held in limbo.”

Kaye continues: “For better or for worse the first majority government in nigh on a decade means that legislation will be passed and changes made (HS2 is a great example of this) in an attempt to move the UK economy on. The Brexit outcome at the end of the calendar year has the potential to create another ‘let’s see what’s happening’ decision vortex, but with the bullish noises being made by Westminster and the hard fact the EU needs a positive outcome to aid the flagging economy in its area, it’s less likely to be a cliff edge and much more of a smooth exit.”

With a remit to forecast the future performance of the used van market, the leading valuation guides mostly share an outlook that is relatively positive, but also recognises that some factors that could influence the market remain less than clear.

Steve Botfield, senior editor, commercial vehicles and motorcycles at Cap HPI, says: “It is difficult to see how the long term will pan out. We are in a ‘post-Brexit’ era as far as manufacturing is concerned, and it is clear that confusion is still an issue. However, we saw LCV registrations increase last year when compared to 2018. In 2019 there were legislative factors to take into account concerning WLTP (Worldwide Harmonised Light Vehicle Test Procedure) and various dates of when Brexit was going to take place – the earliest being March, which drove vehicle stock levels to increase to avoid any tariffs that were likely to hit. With the leave date changing manufacturers had additional stock levels available to sell.”

Andy Picton, chief commercial vehicle editor at Glass’s, says: “I believe used market confidence in 2020 has started strongly and should generally stay strong as operators look to move into cleaner vehicles. However, an oversupply of pre-E6 stock into the marketplace as businesses de-fleet will have an adverse effect on their values. Registrations of new LCVs are expected to fall in 2020 as vehicle prices increase and increased tariffs, van fleet cost and operational challenges, and van VED changes make an impact.”

BCA: “We are seeing sustained growth in interest, and while the market is more established in London and the south-east, it is rippling out across the UK. When e-vans do reach the used sector, buyers often gravitate towards newer and lower-mileage examples, and as older models reach the market, questions about longevity and even replacing the fuel cells can emerge. It’s fair to say that our customers are learning quickly and often the doubts prove to be unfounded.”

Manheim: “Still super rare in volume terms, they tend to sell online as people shop across the UK for stock. Nissan e-NV200 models sold recently made twice the price of an equivalent diesel model.”
CD Auctions: “We have seen relatively low volumes for disposal in the past 12 months; however, the vehicles we’ve had all sold first time around. We expect volumes to increase slowly throughout the year and to pick up in 2021.

Motus Group: “Volumes remain very low. There is interest whenever I see one, but Nissan/Renault battery ownership issue (and the lack of clarity in the guides) means bidders are very cautious on that product unless it’s clear.”

Cap HPI: “There are signs the adoption of first-generation EVs for subsequent users is becoming more accepted. Although most are in the small van sector (i.e. Citroen Berlingo, Nissan e-NV200, Peugeot Partner and Renault Kangoo), it might be a different outcome when some larger vehicles appear in the used market. It is also unclear when the new vehicles will reach the used market. Firms may ‘sweat the asset’ longer due to the higher purchase price to that of its ICE equivalent, and will there be a reluctance for the second user to want to own that older small EV?”