WHAT VAN? AWARDS – WINNER'S PROFILE: Vauxhall back in the game

Having fallen off the pace the Luton-based manufacturer is making a comeback, with a little help from its friends. 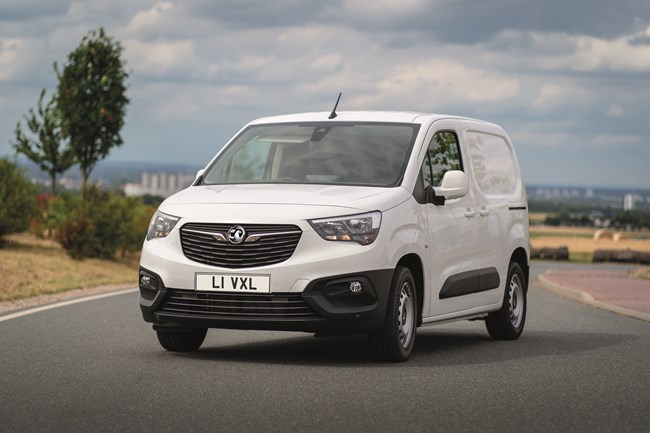 After a period of decline – during which it fell from its customary position as the UK’s second biggest-selling van brand due to a product line-up that had fallen behind the competition – Vauxhall has enjoyed a renaissance since being taken over by the French powerhouse Groupe PSA in 2017.

Before the Covid-19 pandemic threw a spanner in the works, Vauxhall had confidently predicted a 25% uplift in sales in the three years to 2020.

Last year, in fact, the brand did even better than this, according to figures from the Society of Motor Manufacturers and Traders, with a 27% new sales surge to 35,949 units compared to the previous year’s total. In the process it leapfrogged its PSA sibling Peugeot to finish as the fourth best-selling brand, just a whisker behind Mercedes in third spot.

The Luton-built Vivaro medium van, which is based on the Citroen Dispatch and Peugeot Expert, is Vauxhall’s biggest volume product – the 18,029 examples shifted last year made it the UK’s fifth most popular van.

The performance of Vauxhall’s light van the Combo, however, was the most eye-catching. Now based on the same platform as the Peugeot Partner and Citroen Berlingo, its sales rocketed from 2,539 in 2018 when the previous version, which was a rebadged Fiat Professional Doblo Cargo, was on run-out, to 12,944 last year.

Together with its two PSA siblings, the Combo won What Van?’s LCV of the Year Award in 2019 and the vans retained top spot in the Light Van category for 2020 where they were joined by the Toyota Proace City, which is the latest van to join the platform. Bearing in mind the quality of the competition, which includes the VW Caddy and Ford Transit Connect, this is some achievement and an endorsement of the products’ strengths.

No matter which of the bunch you opt for, and the Vauxhall arguably comes backed with the most comprehensive aftersales service in the UK, you will come away with a fuel-efficient compact van that is well designed, well equipped and well put together, with engines and transmissions that are well-matched to their task.

Two wheelbases are up for grabs that give two different overall lengths: L1 and L2. One roof height is offered, giving a load cube of either 3.3m3 or 3.8m3. Fold down the passenger seat where possible and you can boost the amount of cargo space available to 3.9m3 and 4.4m3 respectively. Gross payload capacities run from 660kg to a class-leading 1,009kg.

The most popular engine is the responsive and frugal 1.5-litre BlueHDi diesel at 75hp, 100hp or 130hp. An alternative – and one that urban operators in particular may wish to consider – is the 1.2-litre three-cylinder Puretech petrol engine at 110hp.

Gearbox choices depend on which engine and power output you select. Listed are a five or six-speed manual and the slick eight-speed EAT8 automatic. Fast and smooth, it is ideal for multi-drop delivery work in congested urban areas.

An initiative worth applauding is the availability of an onboard weighing system. It tells you when you have reached 80% of the van’s carrying capacity and alerts you when you are overloaded. Also commendable is a surround-vision camera system that gives a comprehensive view of what is behind and to either side of you on a 5.0in colour screen. It is combined with front and rear parking sensors.

The Combo has recently been named the most affordable van for young drivers by price comparison website Confused.com, which considered factors such as running costs, practicality, initial cost, annual tax and insurance, load capacity, and fuel consumption. When bundling these elements together it found the Combo to be the cheapest to run overall.

The Combo is also available in four-wheel drive, thanks to a conversion by traction specialist Dangel. The manufacturer says this gives it an opportunity to grow in sectors including agriculture, construction and telecoms/communications.

Via a rotary switch on the instrument panel drivers can choose between two drive modes: Auto 4WD and Eco 2WD. In the former the 4x4 is engaged, shifting part of the torque to the rear axle as soon as the front wheels begin to lose grip. In Eco 2WD, the 4x4 system is disengaged and the van switches to front-wheel drive only, reducing fuel consumption, emissions and tyre wear, according to Vauxhall. In more demanding conditions, drivers can select ‘R’ Lock mode to lock the rear axle. A limited-slip rear differential for maintaining traction in the severest driving conditions is optional. The Combo 4x4 provides 90mm-higher ground clearance as standard but the optional 4x4 Plus Pack adds a further 20mm. With approach and departure angles of 26.6° and 38.3° respectively, and a break-over angle of 26°, the Combo Cargo 4x4 can climb 41° gradients, Vauxhall claims.

Vauxhall’s large van, the Movano, has not yet joined the PSA revolution but will do so when the next-generation model breaks cover within the next couple of years, when it will likely bear more than a passing resemblance to the Citroen Relay and Peugeot Boxer. In the meantime, the current iteration, which is based on the Renault Master, as it has been since 1998, remains an impressive product.

Heavily facelifted in 2019, the pair shared the What Van? LCV of the Year Award for 2020. They feature new 2.3-litre, bi-turbo diesels, with power outputs ranging from 130hp to 180hp, and are homologated under the Euro-6d-Temp or Euro-5ld emissions regulations, depending on whether they are light or heavy-duty. The light-duty engines produce 135hp, 150hp and 180hp, and the heavy-duty engines produce 130hp, 145hp and 165hp. All come with six-speed manual or automatic transmissions. Official WLTP combined fuel consumption figures are 22.7-31.4mpg for the 135hp engine, 23.0-32.2mpg for the 150hp engine, and 22.5-31.5mpg for the 180hp engine. Front-wheel drive, rear-wheel drive and four-wheel drive Movanos are available, depending on spec.

The Movano is offered in four lengths and three heights with a top payload of 1,500kg on the 3.5t van and a load volume that goes up to 17.0m3. New features include a rear-vision camera system giving a live feed to a 7.0in touchscreen. Also standard is lane departure warning, blind spot monitoring, and side wind assist.

A significant addition to the line-up will be the arrival of the electric Vivaro-e later this year. The model, which comes with a 136hp electric motor, will be available with a choice of two battery sizes: 50kWh, which allows 144 miles of range on a WLTP cycle with a half payload, and 75kWh, which allows a range of 205 miles.

Rapid 100kW charging capability comes as standard, allowing a 0-80% charge in 32 minutes for the 50kWh battery and 48 minutes for the 75kWh battery. The Vivaro-e, based on the same platform as the regular Vivaro, has a payload of up to 1,226kg and is capable of towing up to a tonne. It comes in two sizes – L1H1 and L2H2 – and with a choice of either panel van or double cab bodystyles.