Strength through collaboration and the roll-out of electric vehicles are driving the light van sector forward, James Dallas reports. 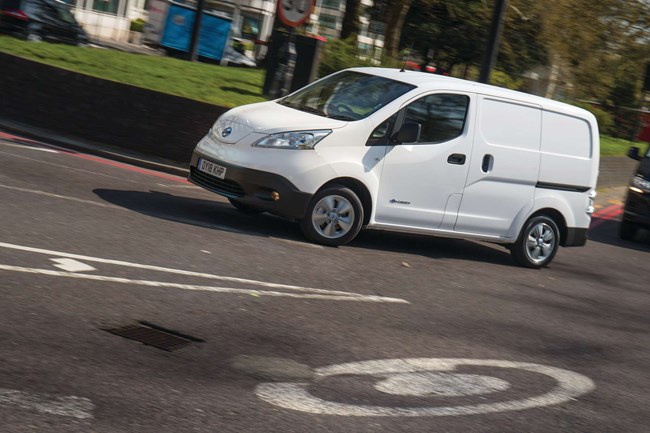 The e-NV200 has outived its diesel sibling

Light vans were left out of the party when the Society of Motor Manufacturers and Traders (SMMT) announced its new LCV sales figures for June – which marked six consecutive months of overall growth – with a year-on-year drop in volume of 3.6% to 5,530 units.

The picture was rosier for the first half-year, however, with sales in the sector up by a tidy 5.3% to 29,345, making the 2.0-2.5t segment the second largest in the market, just ahead of pick-ups but a long way behind the dominant 2.5-3.5t bracket.

Turning to the models’ top 10 sales charts and the big winners for both June and the year-to-date were the vans from the PSA Group stable.

In June the Citroen Berlingo, Vauxhall Combo and Peugeot Partner all outsold the Ford Transit Connect (last year’s best-selling light van), and in the first six months of the year the Partner and Berlingo were above the Connect with the Combo not too far behind.

Having garnered critical acclaim when they broke cover in November 2018, the PSA vans are now getting into their stride, and the 1.2-litre petrol engine is still to come.

While the UK’s LCV market leader Ford remains proudly independent – although a partnership with VW, which will cover light vans, is on the cards from 2022 – the influence of PSA’s light van platform continues to grow.

Toyota (soon to be Toyota Professional in van-speak) is the latest brand to come on board. Its debut light van, the Proace City, is being built alongside the Berlingo, Partner and Combo at PSA’s factory in Vigo, Spain. Toyota unveiled the Proace City at the CV Show at the end of April but it is not expected to arrive in UK showrooms until early next year. The model has a crucial role to play for the manufacturer as it bids to extend its reach in the light commercial sector. Its launch will coincide with the roll-out of specialist LCV Centres in the dealer network while an electric version of the van is set to arrive in 2021.

Nissan is to launch its NV250 in September, a light van based on its alliance partner Renault’s Kangoo. The NV250 is to replace the diesel-powered NV200 in the brand’s line-up, but Nissan says it will continue to market the e-NV200 electric van. Despite Renault’s production of the Kangoo Z.E. electric van, Nissan says it does not plan to complement the e-NV200 with a plug-in version of the NV250.

Explaining the decision to move to the Renault-based model, Paulo D’Ettore, Nissan’s LCV director for Europe, said the NV250 would have a higher maximum payload than the NV200 (800kg compared to 750kg) and also a bigger load volume (4.6m3 compared to 4.2m3). In addition, he said the NV250 would be available in a greater number of bodystyles and was more compatible for conversion than the NV200.

In April Renault revealed a concept of its next Kangoo Z.E. electric vehicle, although the production model is not expected to break cover before late next year.

As electrification gathers pace in the light van sector, rental firm Northgate added 25 e-NV200s to its fleet in June to operate in the London Ultra Low Emission Zone.