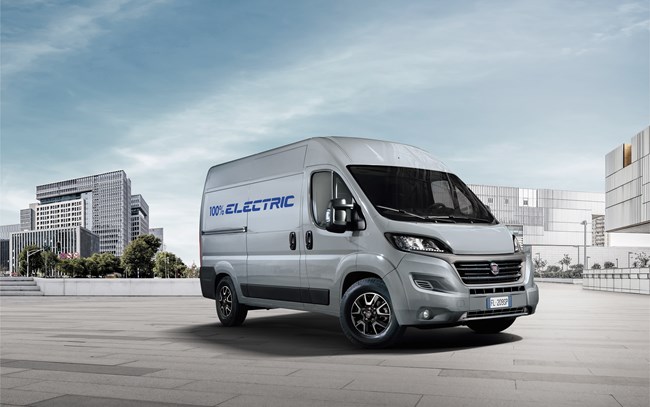 Fiat Professional is to launch a fully electric version of its large Ducato van in the UK next year.

Designed and developed by parent company FCA (Fiat Chrysler Automobiles), the brand says the Ducato Electric will initially be trialled through a pilot scheme working with major clients in order to gauge specific customer requirements.

The Ducato Electric will be the first battery-powered Fiat Professional model built in-house. The Guest dealer group has previously made available electric Ducatos converted by BD Auto in response to a customer order.

UK boss Richard Chamberlain told What Van? at the CV Show in April that a plug-in variant of the Ducato was already being trialled with customers in Europe and added its arrival in the UK was “not a million miles away”.

Fiat Professional claimed there would be “no trade-off in terms of load and performance” for the plug-in Ducato compared to diesel versions.