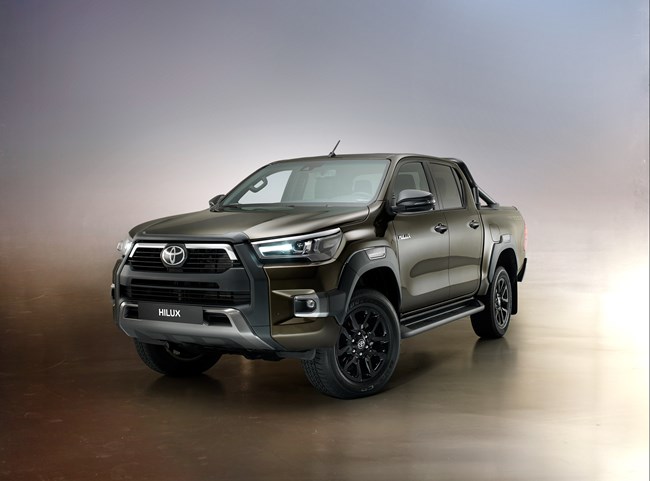 Toyota has facelifted its Hilux pick-up truck, and given it a more powerful 2.8-litre engine, as well as a more modern multimedia system.

One of our gripes with our long-term Hilux was its rather underpowered 2.4-litre diesel. When the pick-up is renewed in November, that problem should be solved thanks to a new 201hp 2.8-litre – that’s 50hp more than the old engine. Torque is up, too, to 369lb.ft (500Nm). It means that 0-62mph is accomplished in 10 seconds, on par with its competitors.

Fuel economy and CO2 emissions on the WLTP cycle have yet to be confirmed.

As before, buyers have a choice between a six-speed manual or automatic gearbox and all Hiluxes are four-wheel drive.

The interior of the refreshed Hilux features a new infotainment system with physical buttons and dials. It also has Apple Carplay and Android Auto for easy smartphone integration.

Toyota says the facelifted Hilux will feature a number of improvements to its suspension to improve on-road comfort and driveability. These include retuned dampers, an improved leaf spring design, and different bushings.

The Hilux still uses a ladder chassis, where a lot of its competitors use a unibody like passenger cars. Although ladder chassis have been criticised for affecting on-road refinement, it does give the Hilux additional off-road capabilities. To further improve off-road performance, the facelifted Hilux has a lower, 680rpm, engine idle speed and gets retuned stability control and accelerator response, as well as a new tyre angle monitor.

Toyota will announce prices and specifications closer to the November launch time, but it has already confirmed that the range-topping Hilux Invincible X is set to make a return.