Electric van transition is now with us, experts say 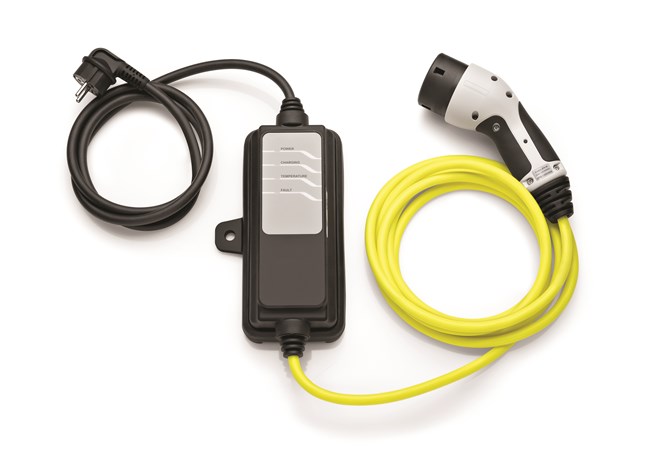 The time to transition to electric vans for urban operators is now, it has been said.

The issue was discussed during a panel discussion at the recent Fully Charged Live event, on the subject of electric commercial vehicles.

Panellist Paul Kirby, owner of consultancy EV Essentials, said that the main issue for fleets to consider was use case, but that developments in recent years had made electrification much more widely possible.

He said: “We find that the discussion around what the vehicle is being used for is the fundamentally important one. And really, when it comes to battery electric technology, if you are doing urban distribution, city centre logistics, there is no reason why you can’t transition today.

“That transition is now with us, whereas a couple of years ago there were reasons why you couldn’t or shouldn’t. Now we are in that space where for particular use cases there is no reason why you shouldn’t do it.”

Kirby said that, following what he called a ‘false start’ for the electric van market around a decade ago, the wider business landscape now supported the transition.

He said “The [UK Government plug-in] van grant has now been guaranteed for two years, and when you think about clean air zones and all the rest of it, it’s not just about the vehicles, it’s about the wider market.”

Kirby did caution that electrifying van fleets should make sure they were not investing in vehicles with longer driving ranges than they needed, since this would mean a compromise on payload.

He said: “You want to get the right vehicle for the right job. Range reduces your payload, effectively, so if you want a 1,200kg payload then you need to get the vehicle with the smaller battery, and then work your business around that, because if you have a bigger battery you get less payload, and it’s that trade-off you need to work out.”

Fellow panellist Duncan Forrester, chief communications officer for Volta Trucks, added: “The commercial vehicle user knows the route that those vehicles are going to be doing day-in, day-out, and provided the range is sufficient for that use case, no problem.

“We don’t work in commercial vehicles like we do with passenger cars, where you tootle around for 30 miles a day and then one day a year you need to go on your holidays to Scotland – it doesn’t work like that with commercial vehicles.

“We don’t need any more range in the vehicle than is sufficient, because otherwise you are just sacrificing payload.”

On the subject of cars, another panellist, National Grid fleet manager Lorna McAtear, said that they had helped to build confidence in businesses that electric van adoption would be possible.

She said: “We have to thank cars, because the execs that are making a lot of these decisions are now in electric cars so they realise they do work, and they realise the infrastructure is out there, things are moving forward.

“We saw through Covid the only vehicles out on the road were essential vehicles, and they were all commercial vehicles. So, there’s now a confidence to say we can make it work, we know where those business cases are. We are in a time now where there is enough technology to do most of the jobs we need these vehicles to do.”

McAtear did however add that she was finding providing the required infrastructure for electric commercial vehicles on her fleet a longer process than with cars.

“So, to put the stuff in to support the vans is a longer journey.

EV Essentials’ Kirby added that one easier element with electrifying vans versus cars was the choice of vehicles.

He said: “It’s definitely more straightforward [choosing a commercial vehicle than cars] – you look at your needs, and you look at whatever meets your needs, and if it does it, and does it reliably, that’s the key. It doesn’t really matter what badge is on the front of it.

“There is a little bit of badge snobbery, but there is a reality that people are considering other things. There was a time when people wouldn’t have considered Chinese products, typically, just because that was the market we were in, but that’s changed, and we are seeing products from all over the world being equally considered.”