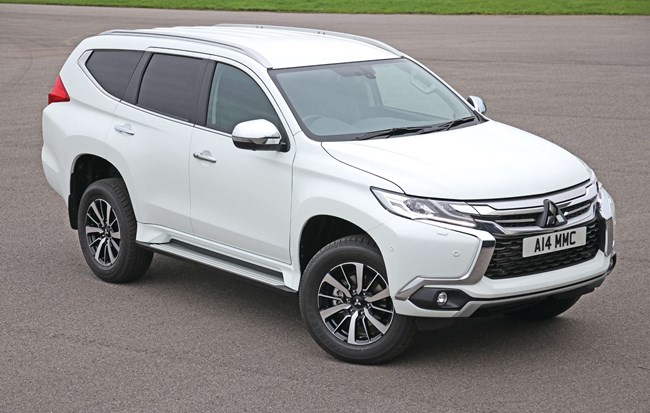 Our 4x4 Award goes to a rugged off-roader ideally suited to operators who regularly have to venture off the beaten track.

While the Mitsubishi Shogun Sport Commercial is based on the passenger-carrying Shogun Sport SUV that went on sale in May it is a proper 4x4 LCV, sharing its underpinnings with the L200 pick-up truck. It has the same ladder-frame chassis with a double wishbone, coil spring front suspension, but whereas the L200 uses rear leaf springs, the Shogun Sport gets a multi-link coil rear suspension, which delivers a level of comfort and refinement more commercial customers, like their passenger car counterparts, are coming to expect.

The Sport Commercial’s workhorse credentials are impressive: it can wade depths of up to 700mm while approaching from 30° slopes, it can tow a 3.1t trailer, and has a payload of 600kg and a load space of 1.5m3.

Off-road competence is aided by Super Select ll four-wheel drive and a Terrain Control System that features modes for gravel, mud and snow, sand and rock.

The vehicle is no slouch on-road with a 180hp 2.4-litre turbodiesel engine knocking out 430Nm of torque while combining slickly with eight-speed auto transmission. Steering wheel-mounted paddle shifts are included for a more engaging drive.

Thirsty official consumption of 32.8mpg is one of the Shogun’s few downsides and, for now at least, Mitsubishi is not marketing a hybrid version, as it does for the Outlander Commercial.

The conversion from seven-seat people-mover involves the loadspace floor being levelled off behind the front seats to a height at just below the 840mm load lip of the rear hatch.

There’s a bulkhead just ahead of the rear doors, which remain useable, providing convenient side access.

The transformation from SUV to CV has seen no reduction in creature comforts. The car version is available in two trim levels but this vehicle gets just one – the top one.

On top of the standard-level 18in alloy wheels, dual-zone climate control, keyless start, reversing camera, auto wipers and lights, and touchscreen infotainment system with Bluetooth that has support for Apple CarPlay and Android Auto, the highest-level Shogun Sport 4, on which the Commercial is based, gets an improved sound system, heated front seats, a 360° camera, blind-spot warning system and adaptive cruise control.

The Sport Commercial boasts a smart cabin that’s definitely at the top end of the spectrum in comparison to purpose-built LCV interiors and is similar to those found in high-end pick-ups.

With pick-up trucks taken out of the equation, the market for 4x4 LCVs is niche, but there is a demand for this sort of serious off-roader and Mitsubishi envisages annual sales of between 300 and 400 units a year.

Toyota introduced its hard-core Land Cruiser Utility Commercial to the market in the summer with a view to attracting customers, such as farmers, utility companies and rescue services, who previously owned the equally tough but now discontinued Land Rover Defender.

Taking out the rear seats of the passenger-carrying car version has resulted in a load space approaching 1.6m3 in the three-door short-wheelbase Commercial and a payload of 593kg.

The long-wheelbase five-door model has a load space of 2.2m3 and a payload of 756kg. Both derivatives can tow up to 3.0t. Both versions also get a non-slip rubber-lined load bed floor and a metal bulkhead to separate the cargo area from the cabin. Other than by the side doors on the LWB version the load area is accessed via a side-hinged tailgate.

The vehicle’s power comes from a 2.8-litre D-4D turbodiesel engine that produces 177hp and up to 450Nm torque. 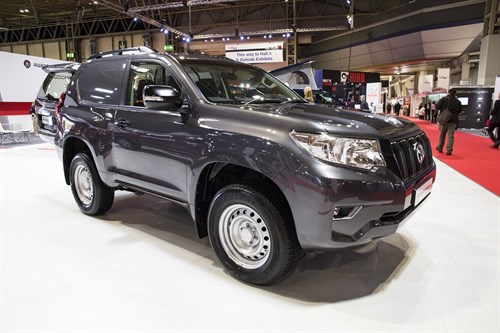