What Van? Awards 2019: Fleet Manager of the Year – David Fisher 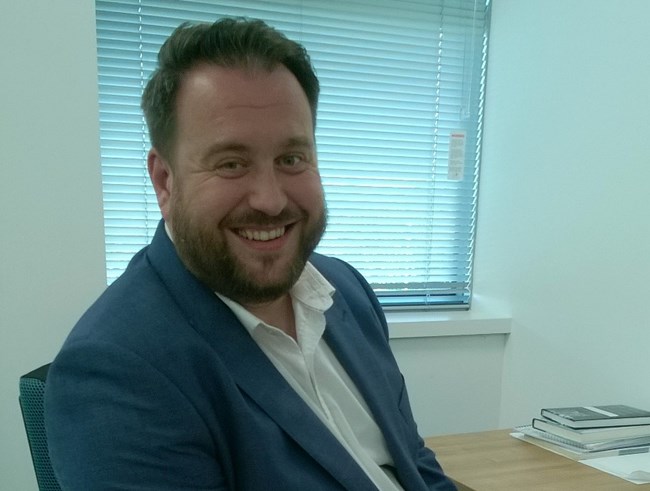 Nobody can doubt David Fisher’s ability to work hard, pay attention to detail, and get results.

That is why he has won the Fleet Manager of the Year award.

Clearly determined to drive down costs at electrical products supplier Rexel, he has examined every aspect of the fleet’s operation – and saved thousands and thousands of pounds.

A sensible initiative has been to validate data held about the company’s vehicles on both the Transport for London and Dart Charge websites (the latter handles the Dartford Crossing tolls). It has reduced Rexel’s monthly outgoings by £1,800.

The approach to short-term vehicle hire has been revisited too, leading to an average £15,000 monthly saving.

With the help of broker Aon and insurer Allianz, Fisher has brought in online risk assessments and driver training based on the risk status of individuals and their driving history. Insurance costs have come down, by £176,000 in 2018, and the fleet insurance loss ratio has been lowered.

Meanwhile, a tender document for the supply of vehicles could help save a whopping £1.2m over four years, he believes. It includes the introduction of models powered by alternative fuels. The tender reflects a determination to improve specification and safety levels.

A fuel card supply tender could garner a potential £260,000 saving, while yet another tender addresses onboard systems that can monitor the behaviour of drivers at the wheel.

Other tenders in hand include one for commercial tracking. It should reduce unit costs from £720 to £350. The package includes forward-facing cameras. And a forklift truck and manual handling equipment tender has been completed with the aim of reducing annual spend from £1.3m to £920,000.

“FORS (Fleet Operator Recognition Scheme) Bronze compliance has been achieved by our Glasgow, Leeds and Warrington sites,” Fisher adds. “On top of this, FORS Silver has been achieved at our Park Royal and Bermondsey locations in London as well as at Dagenham.”

Amid all of the foregoing he has found time to help create a new livery in conjunction with Rexel’s marketing team and arrange for its application. A driver’s handbook has been created too.

And a number of clearly laid-out policies have been drawn up covering areas such as fuel cards.

Having been responsible for so many initiatives Fisher is clearly a worthy winner of our Fleet Manager accolade.

He presides over a fleet that has implemented a robust planned preventative maintenance scheme, introduced a new computerised management system, and installed a telematics package designed to protect drivers and patients alike.

It is used to extract all sorts of valuable data from vehicles including instances of harsh acceleration and heavy braking when blue lights are not in use. “Benefits include improved fuel consumption and reduced wear and tear on vehicle components,” says Holmes.

Also recorded is the length of time that ambulances are kept waiting
at hospitals.

“Our emergency ambulances are all Mercedes-Benz Sprinters with coach-built bodies,” he says. “We’ve fitted them with electromagnetic retarders, which provide a secondary braking system, delivering even braking and eliminating weight transfer to the front axle under heavy braking.”

The front brake pads now last for over 40,000 miles as a consequence – an impressive performance given the arduous life they can lead. 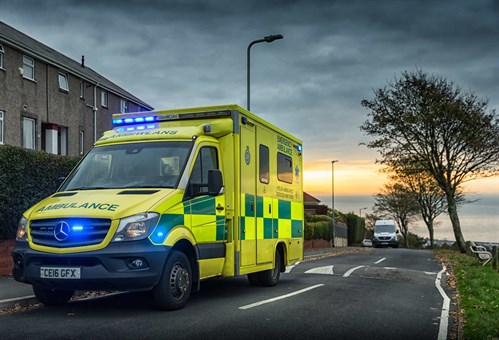