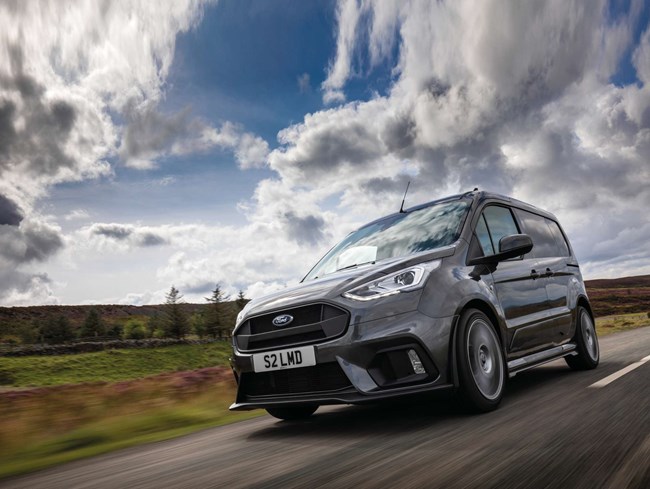 Light commercial vehicles, of course, are working tools that live or die by their efficiency, reliability, practicality and their ability to get the job done.

But that doesn’t mean they can’t set the pulse racing too and this year the Editor’s Choice Award goes to the Pontypool-based converter MS-RT, which has turned Ford’s Transit Connect light van into a genuine head-turner with the owner-driver in mind.

The Pontypool outfit had the Transit Custom approved for the QVM programme last year and now it’s the turn of the smaller Transit Connect. Order your base vehicle – it can be of any specification or trim from the Transit Connect range – and MS-RT will customise it at its factory with body kits, wheels and an exhaust. Short-wheelbase vans are currently being produced as part of a Launch Edition of 40 special units, but next year the long-wheelbase variants will also be available.

From the injection-moulding of the body panels through to the priming, polishing and painting of the parts, there’s real thought and attention to detail in making these body-kitted Connects come to life.

The conversion consists of a full body kit with aggressively styled front bumper and diffuser. There’s a new grille, side skirts, rear bumper, rear diffuser and spoiler. In all there are some 20-plus individual parts carefully moulded using a fast-curing exothermic plastic that goes into the body kits of the MS-RT Transit Connect. Each is sanded down by hand, while any moulding edges are shaved off before being cleaned, primed and painted in an on-site spray booth. The vehicles are then stripped of the parts they no longer need and the new components are added.

The interior gets a similar going-over. There’s a sports steering wheel with a carbon inlay as well as handmade nappa leather and suede seat coverings.

There are also options, include upgraded bronze alloy wheels as well as a sticker pack to help draw even more attention to the bulging body kit. Black exhaust tips also make a decent addition, particularly on the magnetic grey of the limited run Launch Edition.

The pièce de résistance, however, is the Maxhaust, which uses a marine speaker fitted underneath the van to create a realistic exhaust noise to blow your socks off. It’s controlled using a smartphone app that sets the idle volume and subsequent peak revs noise of the ‘exhaust’. It’s linked to the throttle and works seamlessly with the rising of the engine revs. It can be disabled if you want peace and quiet, but as a £1,500 option in a modified van costing £23,995, you’re unlikely to want to go incognito.

Like the standard Ford van it’s based on, the MS-RT Connect is nimble, nippy and great fun to drive. The ride is comfortable and the steering is sharp and communicative.

Meanwhile, MS-RT is creating jobs and developing new skills for a local workforce in an otherwise deprived part of South Wales.

If you’re in the market for a fierce-looking Transit Connect (or a Transit Custom, as they still make one styling kit of the mid-sized van) then MS-RT is the place to come.

An honourable nod in this category goes to the only mass-produced volume light commercial still made in the UK: Vauxhall’s Luton-built Vivaro medium van.

With Opel/Vauxhall now part of the PSA Group, the new Vivaro is based on the excellent Peugeot Expert and Citroen Dispatch vans (as is Toyota’s Proace), which are all joint former winners of the What Van? LCV of the Year Award.

It is to PSA’s credit it has decided to keep making the Vivaro in the UK and it is to be hoped that following Brexit, a frictionless trading agreement can be established with the EU, preferably by remaining in the European single market and customs union, to keep the supply chains open that will enable production of the Vivaro to continue to thrive in the UK. 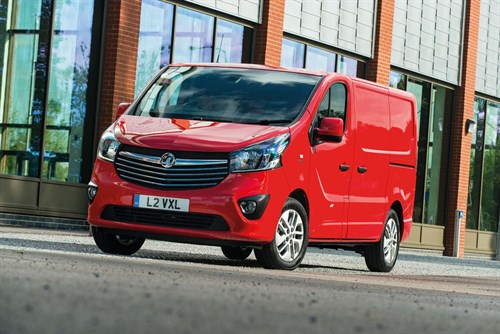