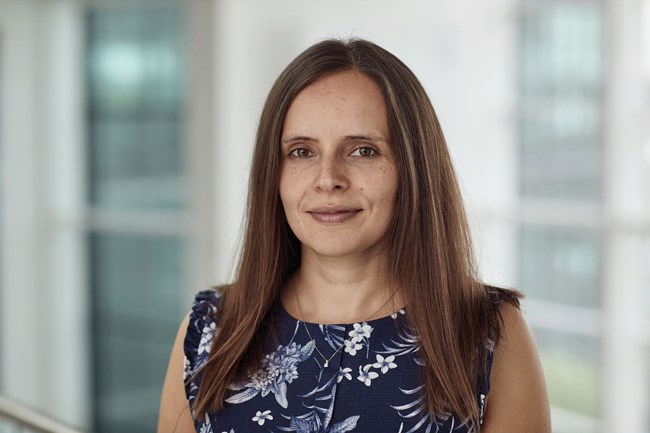 Climate change is a reality we all have to face, and cleaning up the air we breathe – especially in urban areas – is vitally important for the health of children and the elderly in particular.

That means a rethink so far as vehicle propulsion and its supporting infrastructure are concerned, and potentially a switch to zero-emission technology where possible and practical. If operators are not prepared to minimise their fleet emissions voluntarily then legislators at both a local and a national level will compel them to.

The growing need to cut emissions from vans could mean opting for battery power in some form.

The virtues of zero-emission electric light commercials have long been recognised by Helen Lees, UK head of electric vehicles and connected services at PSA Group. The unstinting effort she has put in to promoting their advantages is the reason why she has been admitted to the What Van? Hall of Fame.

PSA has certainly been busy building up a viable range of electric vans.

This year’s Commercial Vehicle Show witnessed the launch of battery-powered versions of Citroen’s Relay and Peugeot’s Boxer. Long-wheelbase models offer a range of 169 miles between recharges while their short-wheelbase counterparts are good for 141 miles says Lees, as a consequence of the difference in their respective battery capacities.

Why not opt for hybrid technology instead? “PSA believes pure electric is better-suited to commercial vehicle customers and has a guaranteed environmental benefit,” she replies.
Payload capacity is admittedly not as good as that of the equivalent diesel models but remains respectable, and cargo space is not compromised.

Lees stresses the importance of businesses trialling electric light commercials to make sure they are suitable for their operations. “The worst thing we can do is sell them to people they are not suitable for,” she remarks.

Royal Mail certainly seems to think they are appropriate for some types of duty, and has put 160 battery-powered Partner vans into service. Swansea Council has taken 40.

“The duty cycles of many of the council’s vans are well-suited to electric vehicles and suggest that many other local authorities could tap into similar cost-saving and environmental benefits,” says Lees. “We’re delighted to have helped Swansea bring together the right vehicles and charging infrastructure to assist it in reducing the environmental impact of its vehicle operations.”

The second half of 2020 will see PSA introduce electric versions of Peugeot’s Expert, Citroen’s Dispatch and Vauxhall’s Vivaro. All three models employ the same platform. They will come with a choice of two battery options – 50kWh or 75kWh – offering a range of 124 miles and 186 miles respectively, according to the WLTP test cycle.

Lees joined Peugeot as a graduate 13 years ago with a degree in Economics and French from the University of Lancaster. She worked in a number of sales and aftersales roles prior to her current job.

In her present role at PSA she is inspired by the opportunity to make a positive difference by being at the forefront of significant change in the industry, and focusing on limiting the impact of vehicles on the environment.

“The introduction of the Ultra Low Emission Zone means that the use of electric vans has become a financial no-brainer in London,” she observes. That said, her aim is to drive down the cost of electric vans so that their viability is not dependent on government subsidy or on a business’s need to avoid a clean-air zone charge.