What Van? Awards 2021: Fleet Manager of the Year – Matthew Hammond 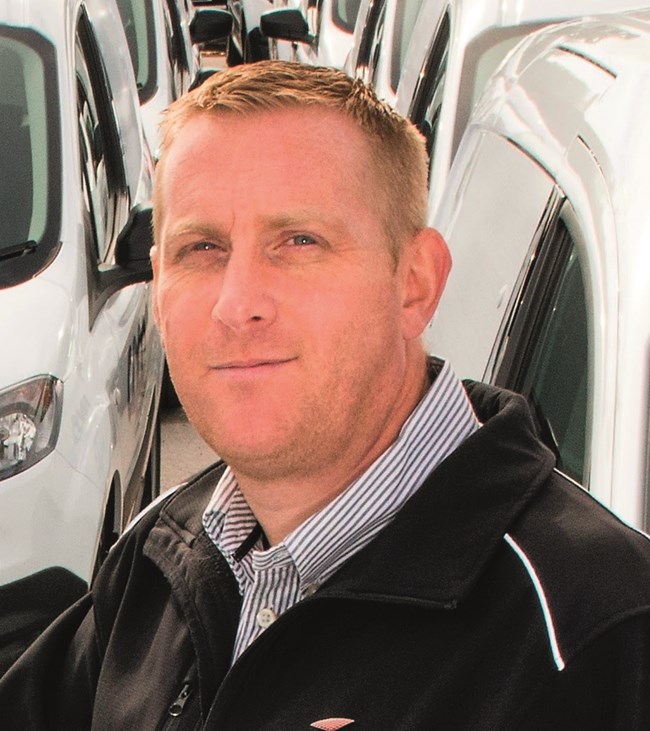 In a three-year programme the fleet department, headed by Hammond, has achieved some major quantifiable improvements across various aspects of vehicle operation, such as costs, emissions and safety. Key results include a reduction in fleet mileage by 1.5 million miles (beating Hammond’s corporate target by 50%), which has resulted in a fuel bill reduction of 11% – a £300,000 cost saving – and an accident rate being halved, saving an estimated £90,000 of bodyshop repair costs. Some £20,000 has also been saved on reduced vehicle breakdown and repairs

From a driver training perspective, Hammond has been responsible for raising average driver scores. He explains: “Telematics has become more prevalent in the drive to improve standards. Using data to identify higher-risk drivers and the ability to profile drivers against potential risk means we can tailor our approach and training to the specific areas where they are most vulnerable.

“This ability to use specific, driver-relevant training allows us to offer bespoke training to the higher-risk drivers. By combining data from telematics, incident history and licences, we can build a picture of each driver, understanding how they drive, where they have weaknesses and where intervention would benefit. It is this level of understanding which has seen our annualised incident rate drop from 32% to 12.5% and our average driver score increase from 68% to 97% across all disciplines.”

Altrad have recently deployed the Trakm8 telematics system across a number of vehicles. Citing how drivers have embraced the technology, Hammond says: “When we refreshed our fleet we swapped 250 vans out over the course of two weeks. The majority of our drivers specifically came to me saying ‘don’t forget to move my device over’. They like the protection and security that Trakm8 gives them.”

Hammond restructured a previously regionally managed fleet into a single entity controlled centrally, highlighting regional differences: “The centralisation across the van fleet enabled the business to focus on single supply, which resulted in a more standardised fleet, as well as delivering considerable cost savings (£400,000 over three years). It also means we can better measure the van fleet to understand the actual cost based on real-time data, allowing us to re-evaluate our van fleet and deliver further efficiencies and savings over the next four years (an additional £300,000).”

Recognising that electrification is something that the fleet will ultimately be forced to embrace, Altrad has committed to making 10% of its fleet electric over the next financial year: “We have already identified 100 vans where electrification would be viable across the business. This will be the beginning of a larger planned transition to electric, with the aim of 60% of our van fleet being electric within three years.”

Highlighting the cost benefits, Hammond adds: “We have calculated the cost of electrification based on the initial 100 vans will deliver an annual saving of £144,000, increasing to £750,000 with the wider roll-out within three years.”

Highly commended for the 2021 Fleet Manager of the Year award is Tom Ford of Airmec, a company providing air and water services for estates and facilities. Although only having been with the firm for less than a year, Ford has introduced a number of changes aimed at benefitting both the business and its drivers.

He has introduced systems such as FleetCheck software, which replaced spreadsheets with a more robust storage and audit trail for fleet matters; Davis driver licence-checking, which had previously been done manually; and TrakM8 telematics, which cost less than an older system but which offers deeper insight into driver behaviour.

Ford is also ensuring that the company is prepared for fleet electrification and is working on a viability project to highlight potential cost savings. He has started to install charge points at the head office, which are encouraging staff to adopt electric vehicles and are being utilised by them.