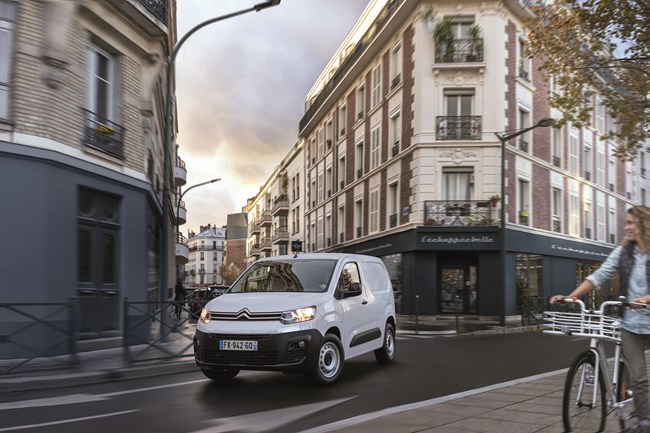 The Electric Van of the Year prize goes to a trio of new plug-in compact vans from the expanding Stellantis empire plus Toyota’s Proace City Electric, which shares the same platform.

The similarities between the vans, despite their different badges, means they are impossible to separate. Each of them was preceded by an internal combustion-engined sibling that has already proven itself in the marketplace. Indeed, the diesel-powered versions of the Berlingo, Partner, Combo and Proace City shared the Compact van of the Year Award for 2021.

Delayed charging functionality allows operators to take advantage of off-peak electricity rates, while thermal preconditioning enables the cabin to be warmed up while connected to the mains, rather than draining the battery. Drivers can control these and other functions remotely with a smartphone app.

The vans are available as a panel van with two lengths, measuring either 4.40m or 4.75m long, or as a crew van for the e-Berlingo, Combo-e and e-Partner.

The Citroen, Peugeot and Vauxhall vans are offered in two trim levels, the Toyota is likely to be available in a single trim when it goes on sale in early 2022 if it follows the lead of its big brother, the Proace Electric. It will, however, benefit from Toyota’s Relax warranty, which extends up to ten years or 100,000 miles.

With the battery located under the seats of the vehicle, the vans’ load capacities are not diminished, with load volumes of up to 4.4m3 – with the load-through hatch – and space for two Euro pallets in the main load cube, while max payload is up to 800kg.

Equipment levels are generous with DAB radio, Bluetooth, a USB dock, steering wheel-mounted audio controls and rear parking sensors included in standard packages. Touch screens of 5in or 8in are up for grabs, as is smartphone connectivity. Finding the best driving position is made easier by a six-way adjustable driver’s seat and a steering wheel column adjustable for rake and reach. A digital display gives information about battery charge and range and whether the motor is saving or using power.

An innovative feature carried over from the ICE models is the Overload Indicator, which will quickly tell you whether the cargo is within the van’s legal payload limit.

These plug-in vans are refined and good to drive; quiet and relaxing, quick off the mark and with the mode for enhanced regenerative braking selected, you only need to use your right foot for driving most of the time. 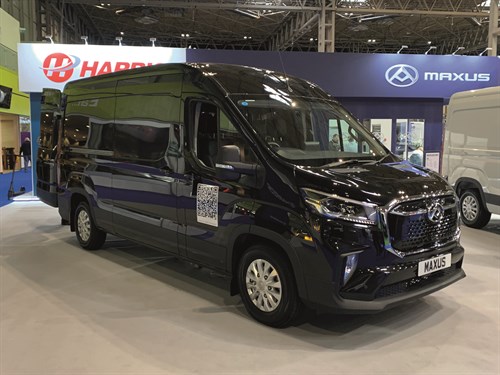 Maxus claims that more than half the vans it sells in the UK are electric models, and the eDeliver 9 large van is leading the way. The eDeliver 9 comes with a 203hp electric motor, and a choice of three battery sizes – 51.5kWh, 72kWh, and 88.55kWh. Maxus says a range anxiety-beating electric driving range of up to 219 miles on a single charge is possible. An 80% battery charge is possible in 45 minutes using DC charging, while a full battery charge on an AC connection takes five hours.

Two vehicle lengths are available – a medium wheelbase with a cargo volume of 9.7m3, and a long wheelbase version offering 11.m3. Payloads are up to 1.7t. Available variants include crew cab, chassis and minibus models, and Maxus says a network of specialist converters can create bespoke vans to cater for requirements such as mobility and refrigeration.