What Van? Awards 2022: Van of the Year – Fiat Professional Ducato 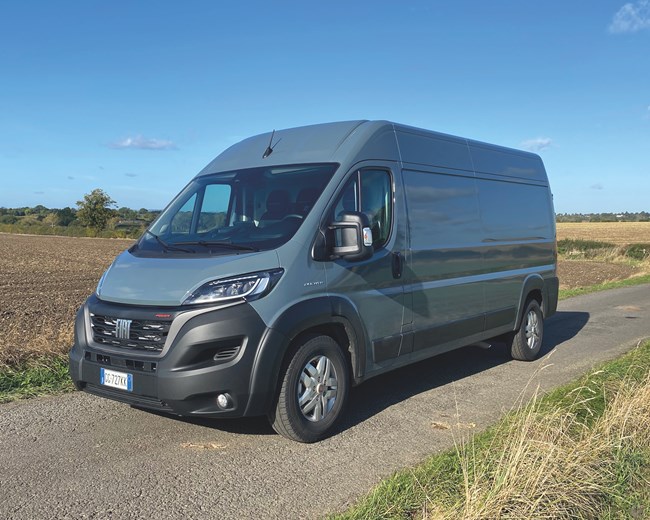 Much is made of the Fiat Professional Ducato’s ability to be converted, but in truth there is much more to this van than a motorhome.

On paper, the Ducato is yet another joint-developed van, the same as the Citroen Relay and Peugeot Boxer, but in truth over its 40-year lifespan Fiat has always strived to make the Ducato different and this latest version follows that tradition.

Often it’s the engines or the gearboxes that are changed, falling back on the expertise of Fiat Powertrain to make the Ducato stand out as a different proposition to its French cousins.

However, now part of the Stellantis family, the Ducato has found itself falling into line with the Boxer, Relay and relaunched Vauxhall Movano, but that doesn’t mean Fiat has been happy to just swap the badges and let the latest model fall into line with the rest. The new Ducato has been packed full of tech that make it stand out from the others, and while they will invariably catch-up, the Ducato is, for now, streets ahead of the rest.

It’s a similar story with the Fiat eDucato, where Fiat has taken its own path to making a large electric van, sharpening its elbows and pushing its way out in front of the rest of the family. It’s a strategy that has to be admired among the rationalisation and restructuring of the new megacorp that is Stellantis.

While the engine is a shared 2.2l turbodiesel that you’ll find in all of the others, it’s no bad thing. In the Ducato, Fiat calls it the Multijet 3 – a continuation of the name applied to its well renowned engine series – and it promises best in class fuel consumption.

There are four power ratings of 120hp, 140hp, 160hp and 180hp and the choice of both manual and automatic transmissions with a new six-speed manual, or a slick nine-speed auto that is available on all but the entry-level vans.

Other shared items include the body, except for a uniquely styled Fiat front grille and a degree of commonality in the interior. The real differentiating factor for now though is the ADAS (Advanced Driver Assistance Systems), which Fiat is billing as the first ever light commercial vehicle with level two autonomous technology where the steering as well as acceleration or braking are controlled at the same time.

The Ducato is the start of the self-driving van revolution and it has to be said that it does it all rather well. Other large vans have already included some of these systems in their vehicles, like the Volkswagen Crafter, which can gently steer you between the white lines on the motorway, or there’s the Mercedes-Benz Sprinter, which aggressively applies the brakes to bring you back on track – but the Ducato is more refined. Not only does it deftly control the steering inputs but also gently applies the brakes or increases acceleration to keep you on course at the required speed, and it will do this when cornering.

That’s because the Ducato’s Adaptive Cruise Control with Stop&Go functionality is brilliantly tuned into the Lane Keep Assist and Traffic Jam Assist functions, making driving the Ducato not only easy but also safer. There are other features that have started becoming standard fit on other models too, like a speed limiter, pedestrian detecting braking, road sign recognition and driver attentiveness monitoring. Not to mention Cross-Wind Assist, Trailer Stability Control and Active Park Assist, which can do parallel and perpendicular parking, but it is the way in which the Ducato does all of these without ever feeling overbearing or worse still overly controlling that set it apart.