Fuel-saving technology and conversions are coming to the fore in the latest heavy van developments, James Dallas reports. 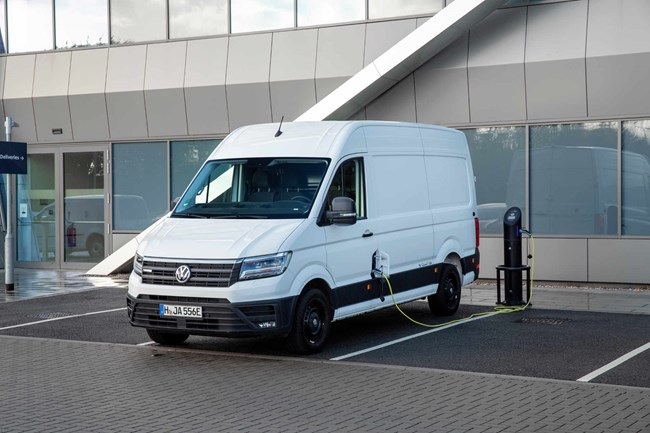 Large vans constitute the second biggest volume sector in the UK’s light commercial vehicle market and make vital contributions to the economy whether in the guise of parcel delivery vans, or with racked out load boxes carrying tools and equipment for traders and utility companies, or when providing the chassis for the vast majority of conversions.

There are some big hitters within the sector’s ranks: last year the Ford Transit, Mercedes Sprinter and Peugeot Boxer all featured in the list of top 10 sellers.

Not surprisingly, large vans were set to feature prominently at the CV Show with market leader Ford giving a first UK airing to its revised 2.0-tonne Transit, which features more fuel-efficient engines, such as a new mild hybrid-diesel drivetrain, as well as higher payloads and a wealth of built-in connectivity equipment.

Ford is introducing its EcoGuide technology to the Transit in the middle of this year.

The device, which integrates with onboard satnav, shows drivers when to slow down and change gears based on situations ahead and even out of sight, such as junctions, speed limits and hills.

According to Ford, this helps encourage a smoother driving style, potentially cutting fuel bills by as much as 12%.

Volkswagen-owned MAN was gearing up to unveil the latest derivative of its Crafter-based TGE heavy van, a 3.5t flatframe chassis cowl designed to provide a base for low-height Luton and box van conversions.

Moving up the weight scale, MAN is also bringing to market a 17-seat minibus modelled on a 5t TGE. Volkswagen itself is now focusing its energies on electric vans and gave a UK debut to its plug-in Crafter in Birmingham following its reveal at the Hanover IAA last year.

The brand is also expanding its “Working with You” conversion programme and has signalled its intent to move into the blue light sector with the production of a Crafter CR50 LWB riot van. A Crafter CR35 MWB minibus is another new addition to the line-up. 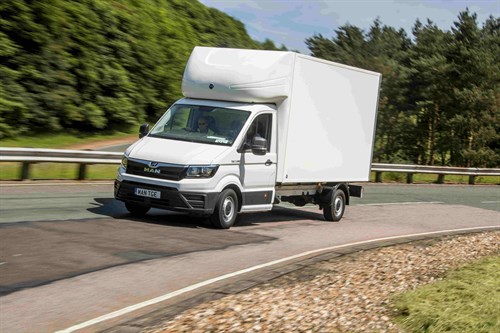 MAN was gearing up to unveil the latest derivative of its Crafter-based TGE heavy van, a 3.5t flatframe chassis cowl