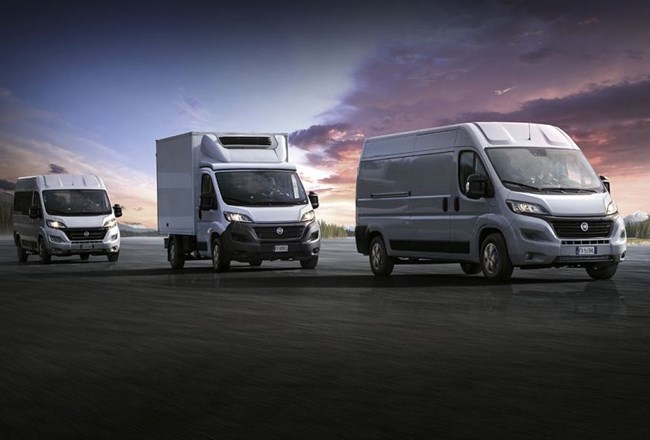 Specs and prices have been announced for the new Fiat Professional E-Ducato electric van, which is available to order now.

The model comes with either a 47kWh or 79kWh battery, allowing electric ranges of up to 146 miles and 230 miles respectively on the WLTP city cycle – ranges are 88 to 175 miles on the combined cycle. Times for a full battery charge are two hours 25 minutes and four hours respectively.

Both batteries come with a 122hp motor, allowing acceleration from 0-30mph in less than six seconds, although top speed is only 62mph.

There’s a choice of standard and eTecnico trim levels. The entry-level spec comes with features including a 5in touchscreen with DAB and Bluetooth, climate control, a tablet holder, a USB charging port, a fixed full width steel bulkhead, electric heated mirrors, and LED load area lighting.

Range prices for the E-Ducato start at £47,675, excluding VAT and including the UK Government’s plug-in vehicle grant.

The first UK deliveries are expected in May.