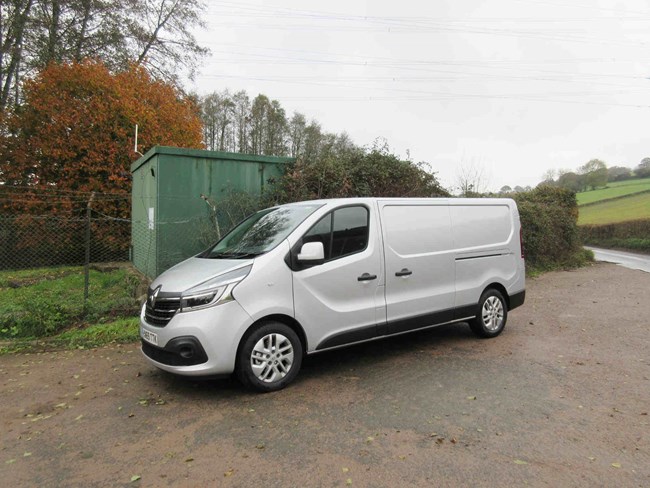 The arrival of Renault’s new Master and its success in winning the What Van? LCV of the Year accolade for 2020 along with Vauxhall’s Movano – they share the same design – has somewhat overshadowed the debut of another new offering from the French manufacturer.

As well as revamping the Master, Renault has rejuvenated the front-wheel drive Trafic. This has involved swapping the old 1.6-litre diesel for a 2.0-litre Energy dCi diesel at 120hp, 145hp or 170hp.

Fuel consumption is said to have improved, to the tune of 2.0mpg so far as the 145hp model is concerned.

A 95hp 1.6-litre remains in production, but will not be available on this side of the Channel.

The latest Trafic can be identified by its altered front, with a bolder grille and LED headlamps incorporated into its C-shaped lighting signature. Changes have been made to the dashboard as well, and the Trafic is being marketed with Renault’s latest R-Link Evolution and Media Nav Evolution navigation and multimedia packages.

A six-speed manual gearbox is the standard fare. A six-speed automated EDC6 (Efficient Dual Clutch) twin-clutch ’box sourced from specialist transmission manufacturer Getrag is offered as an option for the first time, and can be specified on the two most powerful models.

Counting Ford’s Transit Custom and VW’s Transporter among its rivals, the Trafic is sold in both short- and long-wheelbase guise and with the choice of either a low or a high roof.

Worthy of mention too is the Renault Trafic Passenger nine-seater. A wheelchair-accessible version is also available with a fold-down aluminium ramp.

Three trim levels are on offer – Business, Business+ and Sport – and the Trafic is also marketed by Renault’s sister brand Nissan as the NV300. Fiat Professional sells it as the Talento, but it seems unlikely that it will retain this association with Renault long-term now that Fiat Chrysler Automobiles has inked a merger deal with Citroen, Peugeot and Vauxhall owner PSA.

We got behind the wheel of a LL30 long-wheelbase low-roof Renault Trafic in Sport specification powered by a 170hp engine that’s available solely in Sport derivatives and married to the EDC6 transmission.